Exclusive: This is the Galaxy A51 and it’s coming December 12 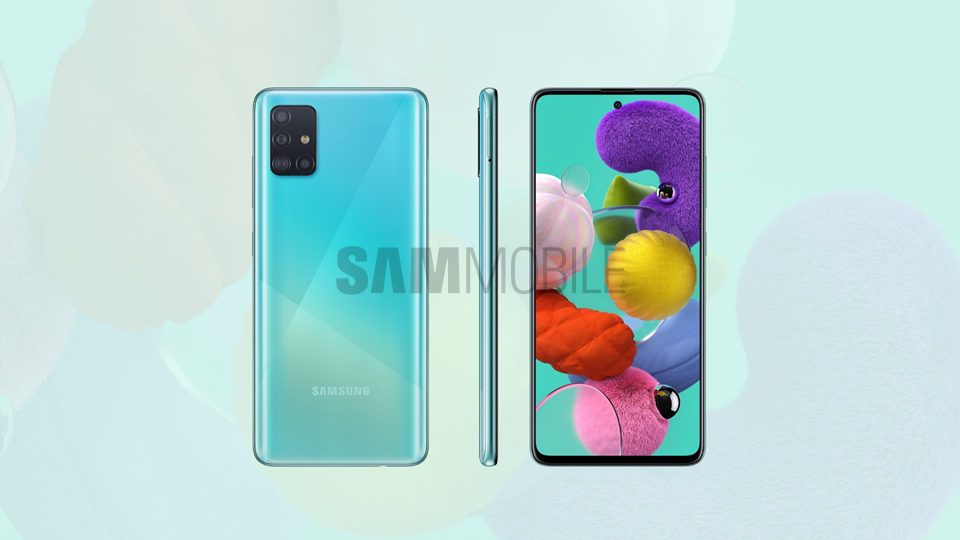 There has been a lot of anticipation for the Galaxy A51. It’s the successor to the very popular Galaxy A50 and if the rumors are to be believed, it’s going to bring some meaningful improvements. You don’t have to wonder anymore about what this device is going to bring to the table.

Our highly credible sources have relayed almost everything there is to know about the Galaxy A51. We can also share a couple of press renders of the device itself. Samsung will be unveiling the Galaxy A51 in the near future.

Here’s what the Galaxy A51 is going to look like

As you can see in these press renders, the Galaxy A51 has a centered punch hole for the front camera much like the Galaxy Note 10. This is a design element that we’ll be seeing a lot of on Samsung’s Galaxy A 2020 series. It retains the 3D Glasstic build that Samsung introduced with the Galaxy A series this year. However, the look has been refreshed with pastel shade pattern combinations.

The new L-shaped camera setup at the back is a noticeable design change as well. All of the physical buttons are on the right side of the frame, which is something we expect Samsung to do for the Galaxy S11 as well. It measures 158.5 x 73.6 x 7.9mm and weighs 172g. The Galaxy A51 will be available in Prism Crush White, Black, Pink and Blue colors.

To definitively put to rest the speculation about the Galaxy A51 specs, we can now confirm the handset’s core specifications. As expected, it will feature an Exynos 9611 processor under the hood with 4/6GB RAM in the 64/128GB variants respectively. MicroSD expansion is possible up to 512GB.

It has a 6.5-inch FHD+ Super AMOLED Infinity-O display with a center punch hole for the 32-megapixel f/2.2 front camera. There’s also an in-display fingerprint sensor. A 4,000mAh battery will be keeping the lights on with support for 15W fast charging.

Galaxy A51 camera will be the star of the show 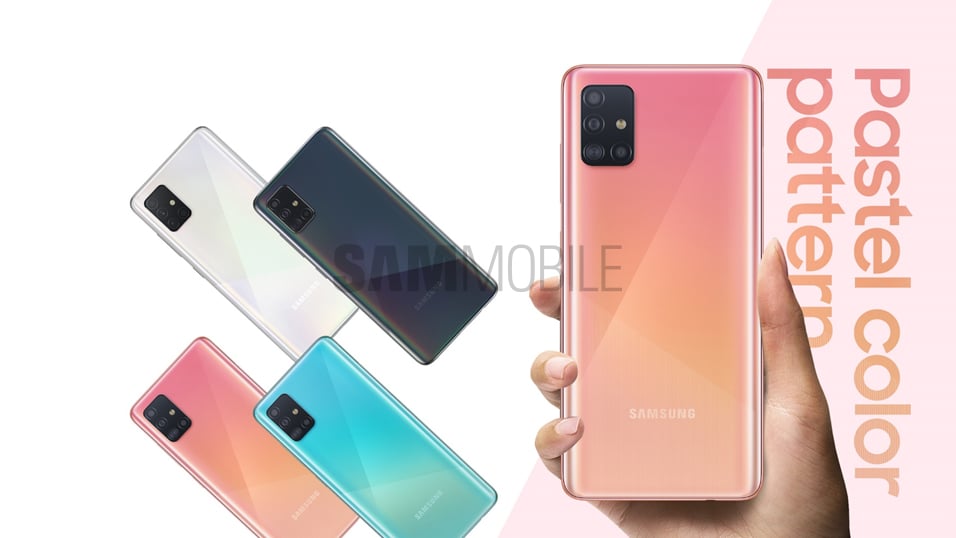 The defining feature of the Galaxy A51 is its new camera. As we have highlighted before, it’s going to be Samsung’s most affordable handset with a quad camera setup. There’s a 48-megapixel f/2.0 primary sensor coupled with a 12-megapixel ultrawide f/2.2 and a 5-megapixel depth sensor. What about the fourth camera? As we had exclusively confirmed, the Galaxy A51 will come with a 5-megapixel f/2.4 Macro camera.

The Macro lens will be one of the biggest talking points about the Galaxy A51. Much like a telephoto lens, a Macro lens allows you to get close to the subject you’re capturing. Since they have a minimum shorter focusing distance, you can get closer to a subject than you would with a telephoto lens without losing focus. Simply put, you’ll get much better close-ups. It will also result in a more distinctive blur effect that’s better than software-based bokeh.

Samsung Vietnam recently posted a video online that revealed that a new Galaxy A handset will be unveiled on December 12. We can now confirm that it will indeed be the Galaxy A51. There was the expectation that perhaps we may also get to see another new device, like the Galaxy A71. However, we’re told that the A71 and a couple of other upcoming models won’t be unveiled until next year. In case that feels awfully long, keep in mind that the “next year” is merely three weeks away.

What do you think of the Galaxy A51? Has it shaped up to be a device you’d spend your money on? Let us know in the comments below.