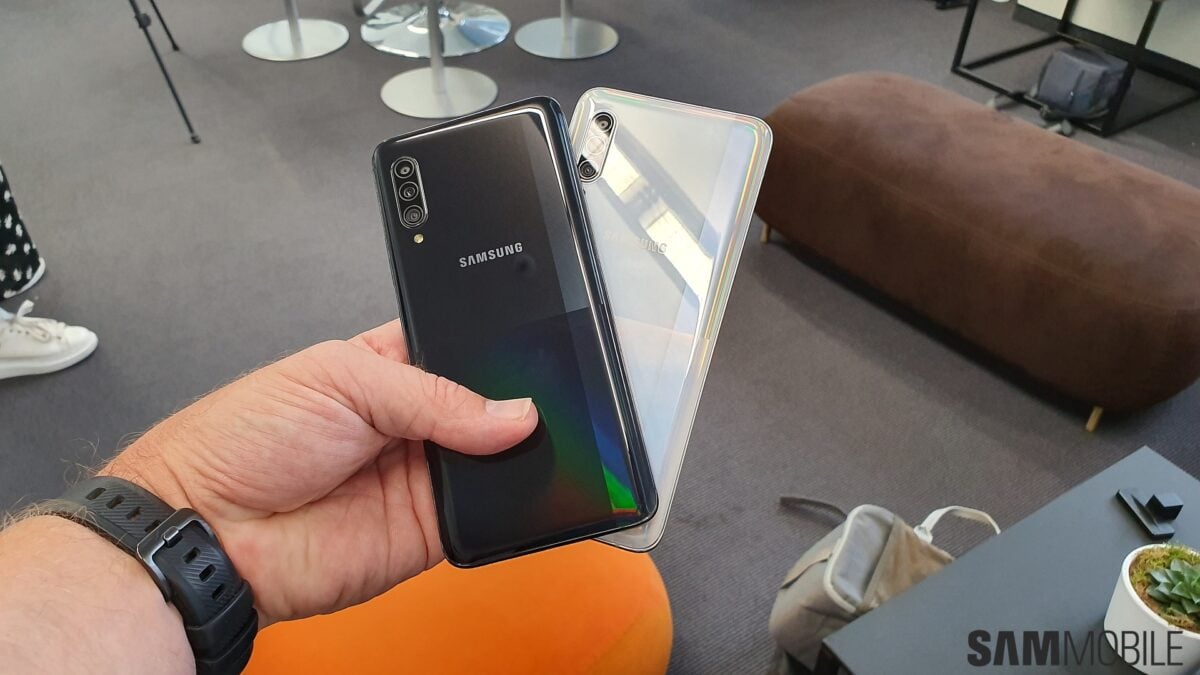 Samsung has been working on the Galaxy A91. We can now exclusively share the full Galaxy A91 specs which confirm that this device will indeed feature the Snapdragon 855. It’s also going to offer something which the Galaxy A90 5G doesn’t have, 45W Super Fast Charging.

The Galaxy A91 should be a part of Samsung’s 2020 Galaxy A series so it may not be released before next year. However, some reports suggest that it could be out before the end of this year.

According to the information we have received, the Galaxy A91 (SM-A915F) features a Qualcomm Snapdragon 855 processor with 8GB of RAM and 128GB of storage. It also supports microSD expansion up to 512GB. All of this is exactly the same as the Galaxy A90 5G. That’s also the case with its 6.7-inch Full HD+ Infinity-U display.

It has the same 48-megapixel primary camera with Optical Image Stabilization but bumps up the ultra-wide from 8-megapixel to 12-megapixel. The 5-megapixel depth sensor is present as well. Samsung will opt for a f/2.2 aperture 32-megapixel front camera on the Galaxy A91.

Connectivity options include Bluetooth 5.0, USB Type-C and Wi-Fi a/b/g/n/ac. It doesn’t have 5G support. The battery capacity is the same at 4,500mAh but unlike the Galaxy A90 5G, the Galaxy A91 will support 45W fast charging. That being said, it remains to be seen if it will actually come with this charger in the box or if Samsung will have us buy it separately as it does for the Galaxy Note 10+.

We recently reported that the Galaxy A91 is being developed with Android 10 on board. This suggests that the device would run the latest iteration of Android out of the box. If that were to be the case, it won’t be released before the Galaxy S11 next year. The Galaxy S flagship is always the first device to feature the latest core OS update. That’s unless Samsung has decided it no longer wants to do that.

There have been some unconfirmed reports that the Galaxy A91 might be released in countries like India before the end of this year. We have independently confirmed that the Indian model is being developed with Android 9 Pie. So even if it does come out, it won’t be running Android 10.

Samsung is preparing its Galaxy A (2020) series for release and we already know what the new models will be called. The Galaxy A91 will be one of the more premium models in the new series. Unofficial CAD renders of the Galaxy A91 have been leaked online today. They highlight the new design direction that […]

Samsung Galaxy A71 and A91 coming to Europe with Android 10

Samsung has just confirmed the existence of two upcoming Galaxy A phones, the Galaxy A91, and the Galaxy A90 5G. The listing on Samsung Hungary’s website also reveals one of their key hardware details. The Galaxy A91 will support 45W charging speeds, while the A90 5G will come with support for 25W fast charging. 45W Super Fast Charging […]