Deep Blue Galaxy Buds+ leaked in one of Samsung’s apps

Samsung is seemingly preparing a new Galaxy Buds+ color option for the market, at least judging by a video discovered by XDA-Developers in the SmartThings app. The marketing material showcases a 3D render of a ‘Deep Blue’ Galaxy Buds+ flavor, and the ‘Deep Blue’ moniker is also mentioned in the same app.

As you may know, the Galaxy Buds+ are offered in four color options (sans the Thom Browne Edition) including white, red, Cosmic Black, and Cloud Blue. The latter color option is of a much lighter hue compared to the so-called Deep Blue.

Deep Blue Galaxy Buds+ may or may not become available

While it’s obvious that Samsung has been working on this new color option – at least as far as the marketing material is concerned – there’s no absolute guarantee that the Deep Blue Galaxy Buds+ will see the light of day. The marketing material exists, but Samsung’s current plans for this color option are unknown. Interesting to note is that the flavor does look quite a bit like the Aura Blue shade used for the more exclusive Galaxy Note 10+ variant which was initially released only in the USA through Best Buy.

It would be too late to release this Galaxy Buds+ Deep Blue model in a similar fashion, so perhaps Samsung will quietly add it to the existing range of colors in some markets in the near future. In the meantime, Samsung is developing the so-called Galaxy BudsX, a.k.a. the Galaxy Bean earbuds as the next-gen TWS. the Bean/BudsX are expected to be unveiled along with the Galaxy Note 20 series in August. 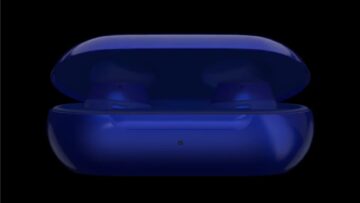 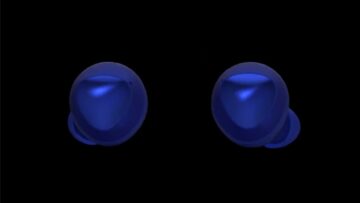 More news »
Samsung’s updated SmartThings Energy service can efficiently manage electricity consumption By Asif S.|1 day ago
Galaxy S20+ BTS and Cloud White Galaxy S20 Ultra launched in India By Mihai M.|1 week ago
Additional Galaxy Buds+ BTS Edition stocks to arrive after July By Asif S.|2 weeks ago
When, where, and for how much you can get the Galaxy S20+ BTS Edition By Mihai M.|4 weeks ago
SamMobile Shop
Opinions More »
Galaxy Tab S7’s lack of an IP rating will hold it back from being truly great
23 hours ago