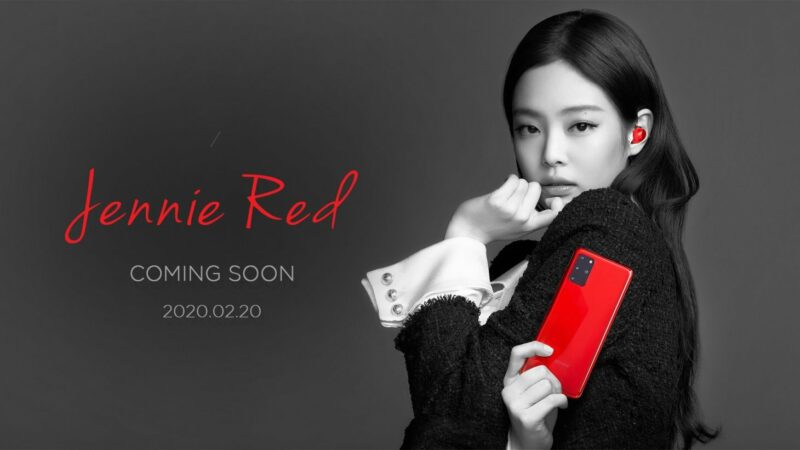 Kpop bands have taken over the world and have perhaps the most dedicated fan bases. Naturally, this makes the artists a very valuable marketing resource. They routinely collaborate with major companies, Korean in particular, to promote a wide variety of products.

Korea Telecom, South Korea’s largest mobile carrier, has announced that it’s going to offer the Galaxy S20+ and Galaxy Buds+ in a color inspired by Blackpink member Jennie. Both devices will be available in an exclusive Jennie Red color.

It did emerge last week that Samsung will offer a red color for the Galaxy S20 and the Galaxy S20+. It may be launched as “Aura Red” in markets other than South Korea. In Samsung’s home country, Korea Telecom has an exclusive on the red Galaxy S20+ and it has branded the color as Jennie Red. The handset will be available with matching Galaxy Buds+.

Since the carrier is behind this marketing campaign and not Samsung, this Jennie Red color won’t be making its way outside South Korea. So only customers based there will be able to pay homage to their favorite singer by purchasing the device on KT. Samsung may release the red color in other markets eventually, though it’s unclear which markets will end up getting it.