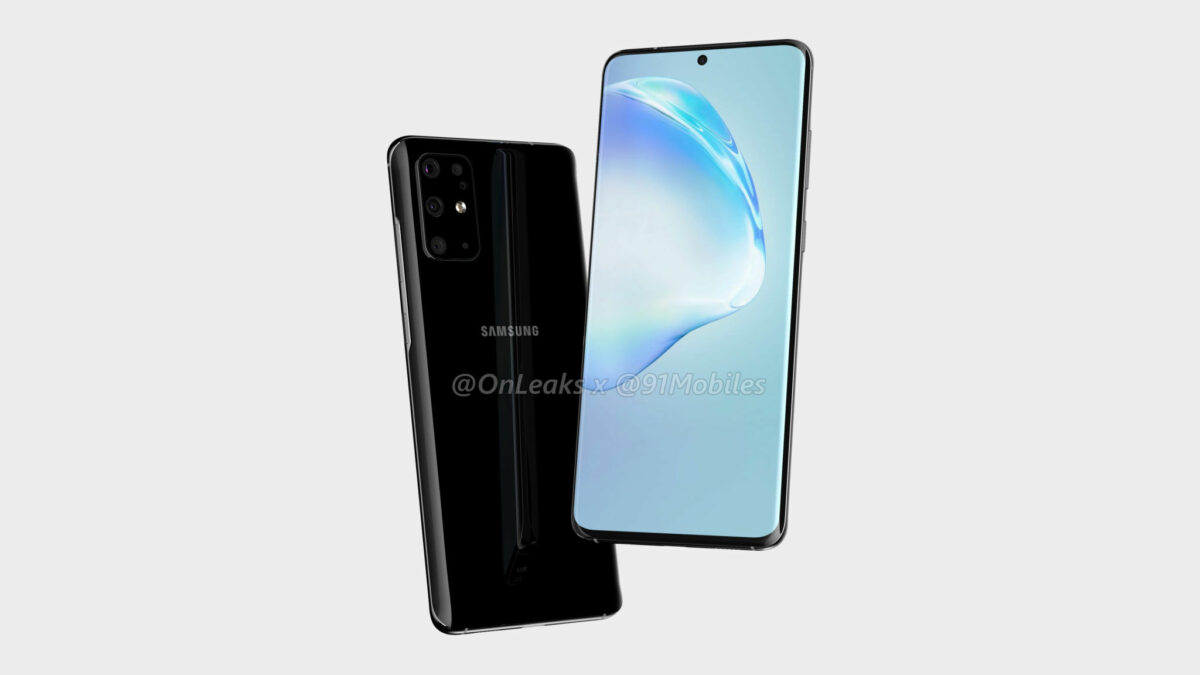 After we saw the batteries of the Galaxy S11e and the Galaxy S11+ pop up in certification imagery, the regular model’s power cell has been pictured as well. The battery has a typical capacity of 4,500 mAh.

The first hint that Samsung might bring significant battery upgrades to the Galaxy S11 line up emerged about a month ago when the base model was revealed to have quite a beefy 3,800 to 3,900 mAh capacity. And just last week, the Galaxy S11+ was confirmed to pack a whopping 5,000 mAh battery.

Now, the capacity of the remaining model in the series, the regular Galaxy S11, can be pinned down as well, thanks to the certification found in the SafetyKorea database. As it turns out, earlier rumors about a 4,300 mAH power cell were too pessimistic, as the actual battery (EB-BG985ABY) has a typical capacity of 4,500 mAh. 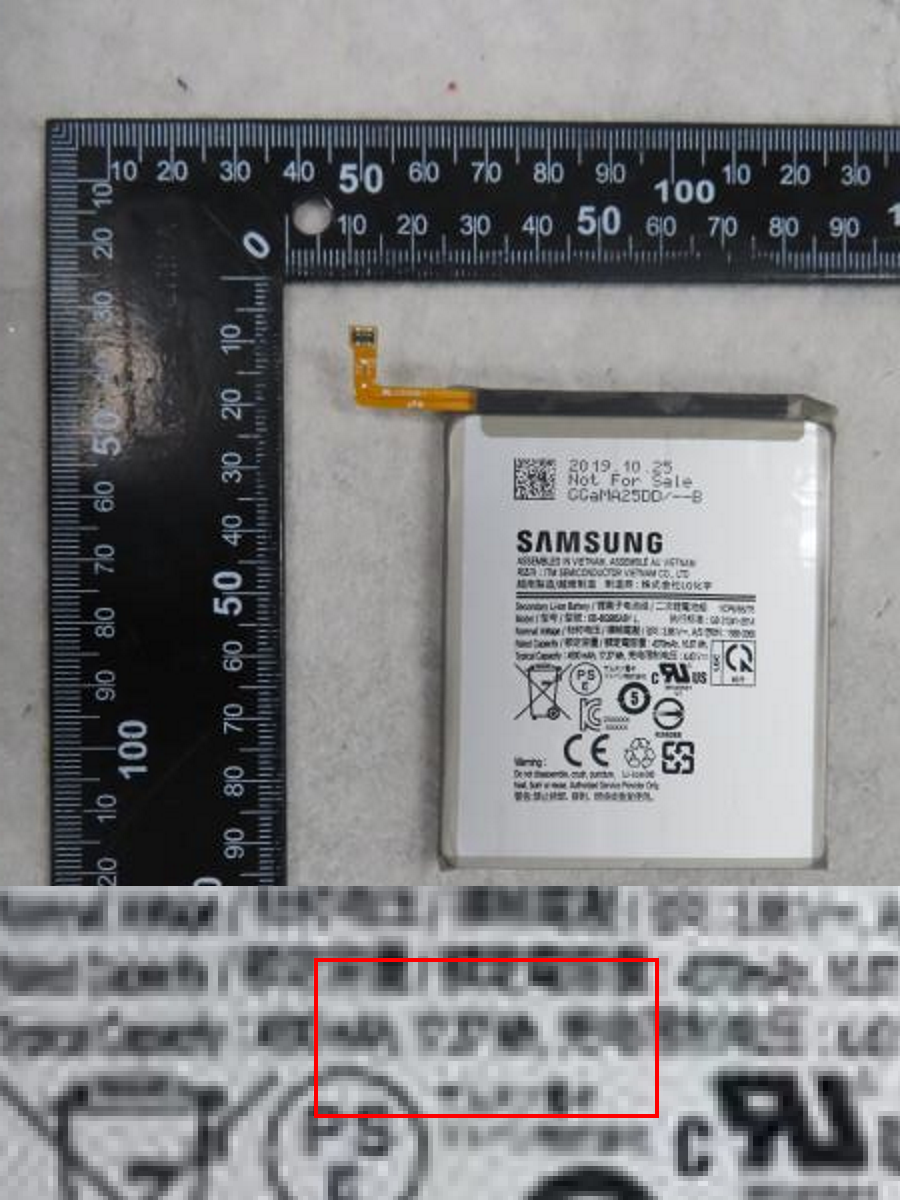 The image of the battery itself is of the blurry type, but we can just about make out the typical capacity of 17.37 Wh, which at Samsung’s current 3.86 V works out to exactly 4,500 mAh. The rated capacity will sit somewhere between 4,300 and 4,400 mAh. The battery itself is manufactured by ITM Semiconductor in Vietnam, though a variant produced by Samsung SDI might surface at a later point.

Now, we can finally list the battery capacities of the entire Galaxy S11 lineup:

So far, no separate batteries for the 5G models have been spotted, except of course for the Galaxy S11+ which will only be available with 5G connectivity based on what we’ve seen so far. We, therefore, expect the battery detailed today to power both the 4G and 5G variants of the regular Galaxy S11. 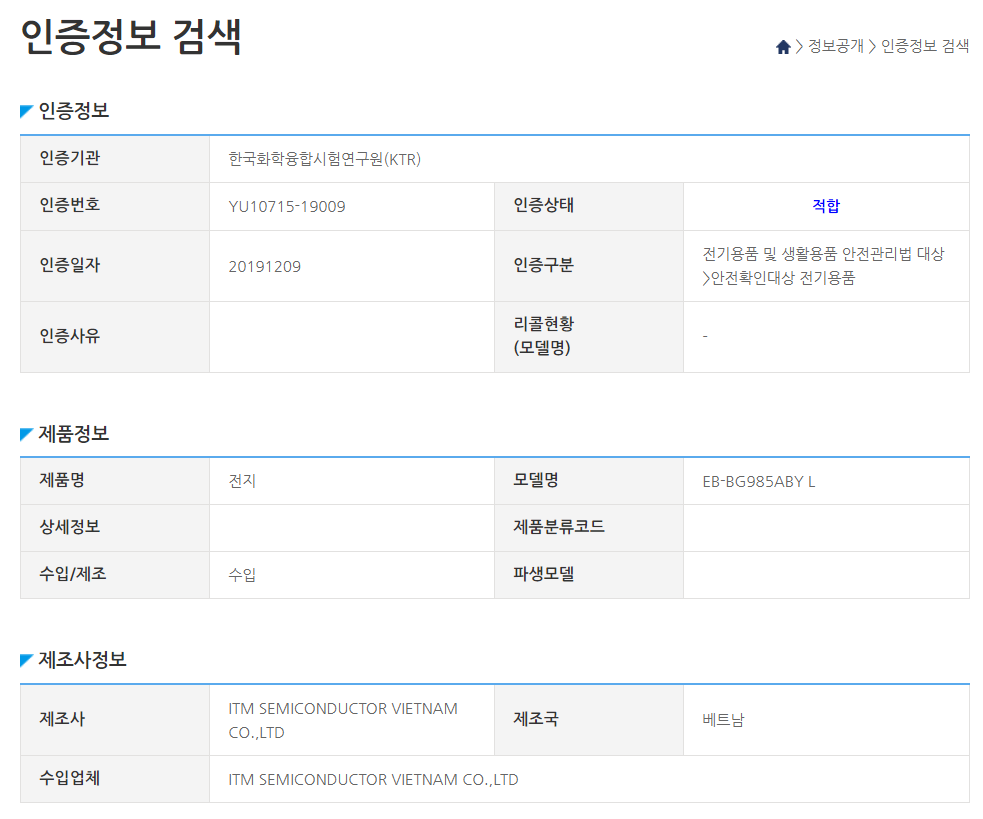