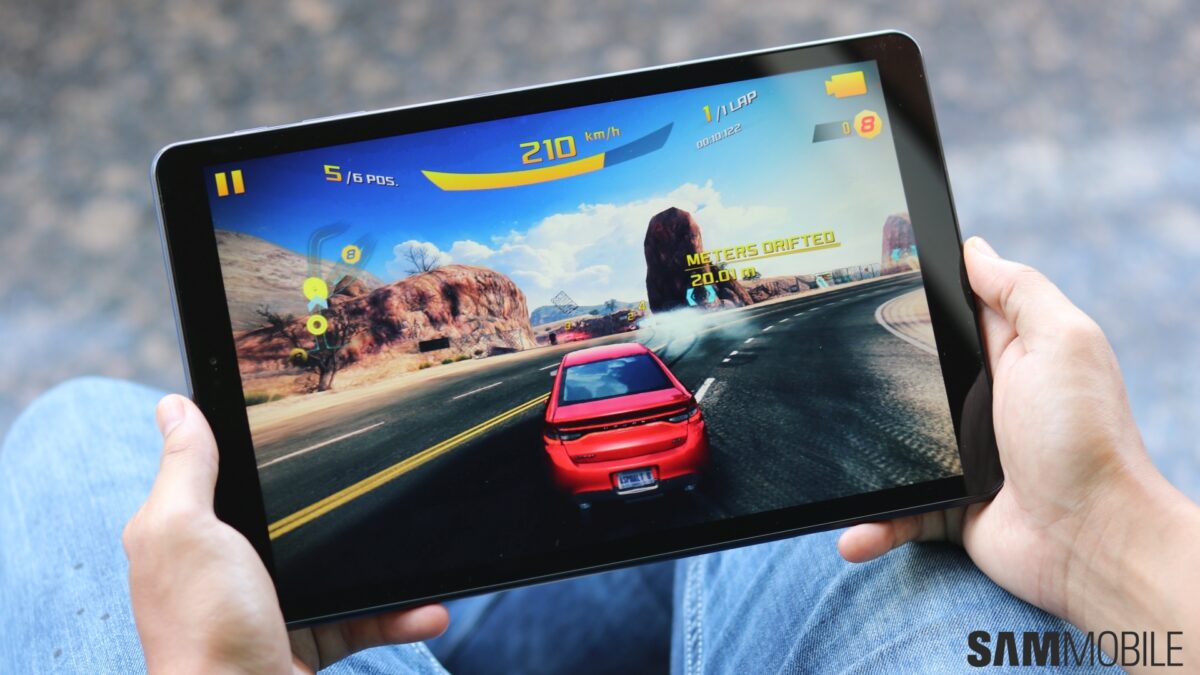 An upcoming Galaxy tablet powered by the Qualcomm Snapdragon 710 chipset has been spotted on the Geekbench benchmark website. The Samsung SM-T545 appeared on Geekbench earlier today, and while we don’t know what this tablet will be called, it’s possible that we’re looking at the Tab Active Pro that was revealed by way of a trademark application earlier this month. It could also be another Galaxy Tab A as well, but nothing can be confirmed at the moment.

The Snapdragon 710 is accompanied by 4GB of RAM, and our sources tell us there’s 64GB of storage on the tablet, which puts it somewhere in the lower mid-range category. The only other device Samsung has launched with the Snapdragon 710 is the Galaxy A8s, which is available only in China and South Korea (where it launched as the Galaxy A9 Pro). The software on the SM-T545, as expected for a device coming up in the next couple of months, is Android 9 Pie, probably with version 1.1 of Samsung’s One UI interface.

Geekbench doesn’t have a listing for a SM-T540, which would be the Wi-Fi-only variant, but we’re assuming both a Wi-Fi-only and an LTE variant will be launched when the device goes official. Exactly when the device will go official is anyone’s guess at this point. More information should come out in the next few days now that Samsung has begun testing the new tablet and give us a clearer picture of what to expect. 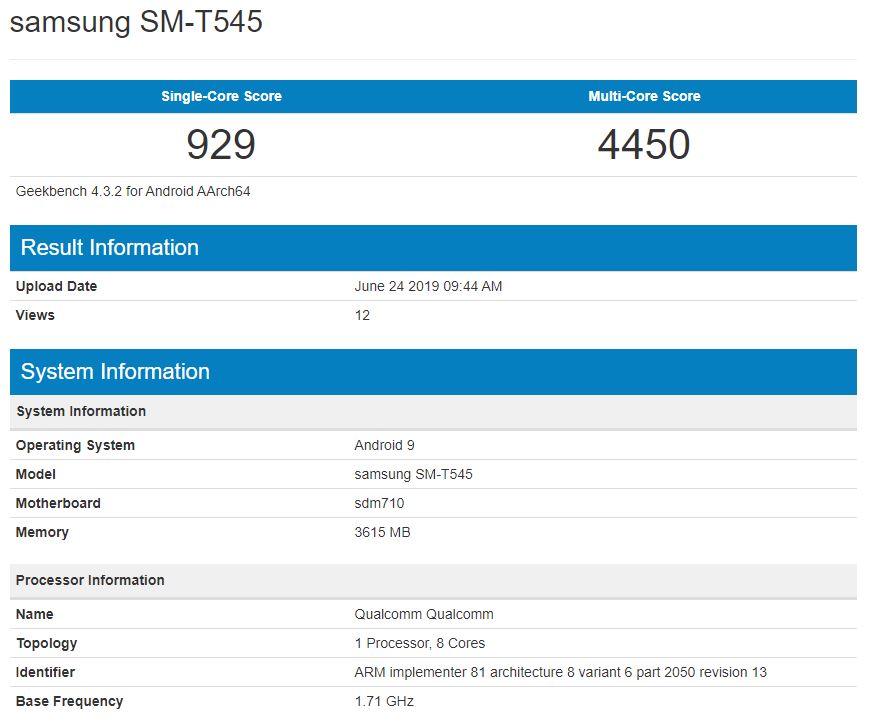