The Galaxy S10 series is doing wonders for Samsung globally. The company has regained some of the lost market share in the lucrative Chinese and Indian markets on the back of the Galaxy S10 phones. Now some fresh figures from consulting firm Canalys show Samsung’s market share to have surged in North America as well. What’s an even prettier sight is that the surge has come at a time when overall smartphone shipments saw a drop of 18%.

The latest data released by Canalys puts the North American smartphone market at a five-year low for the first quarter of this year. Smartphone shipments dropped to 36.4 million from 44.4 million during the same period last year. Canalys says it’s the steepest drop it has ever recorded.

However, Samsung still managed a marginal growth in the market, thanks to strong Galaxy S10 sales. The Galaxy S10+ (review) and the Galaxy S10e (review) were among the top three smartphones sold in North America in Q1 2019. Both devices sold over 2 million units each, snapping up 6% of the market share individually. 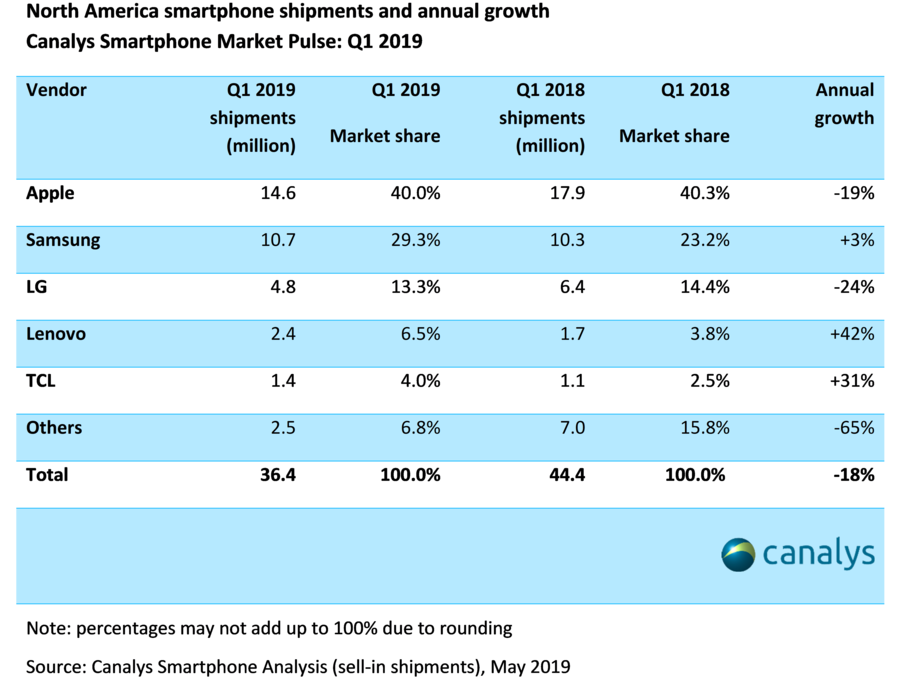