Galaxy Tab S4 starts getting Android Pie update in the US

The update in the US is currently available for the Wi-Fi models only. There’s no word yet on when the LTE models will be receiving the update, but we imagine it shouldn’t be too far away.

Samsung had left out the Wi-Fi models from the initial Android Pie roll-out for the Galaxy Tab S4. However, it has now released the update globally. This update brings version number T830XXU2BSD1 to the Wi-Fi model of the Tab S4 in the US. It bundles all the new features and improvements that come with Android 9.0 Pie, as well as Samsung’s new One UI and the March 2019 security patch. The update is a 1488.62 MB download.

As you’d expect, Samsung is releasing the update in stages. So, it may take some time before it reaches your unit. However, if you can’t wait to get the taste of Android Pie on your Tab S4, you can download the compatible firmware from our database and flash it on your device. 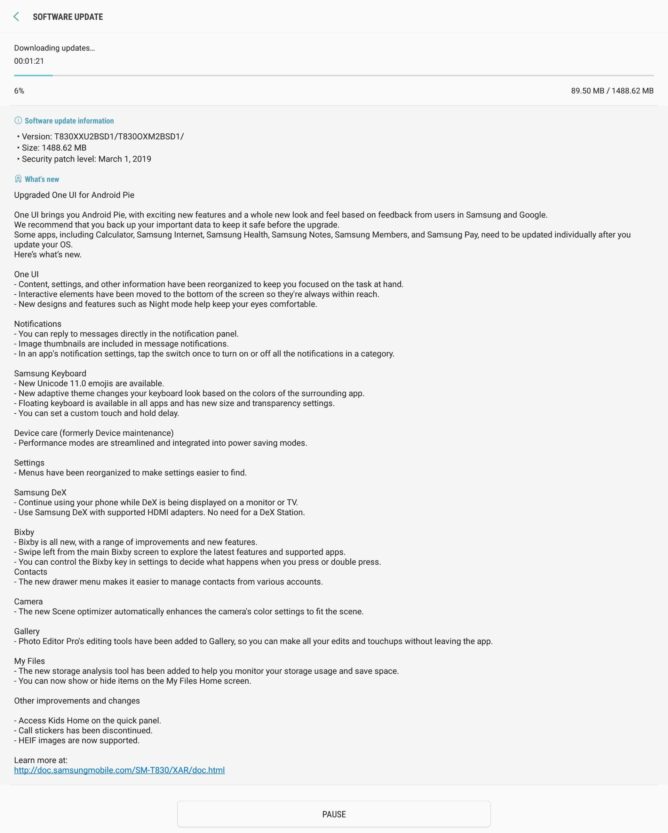