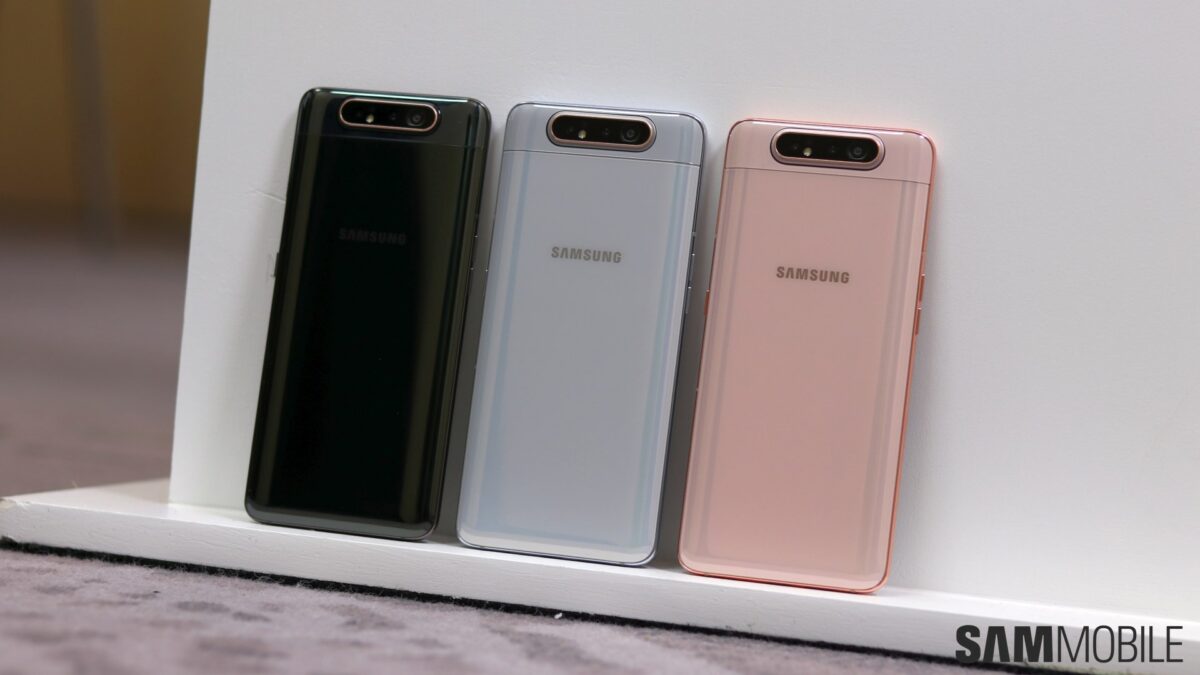 Samsung has launched yet another Galaxy A series handset today. The Galaxy A80 is the most unique model in this entire lineup. It happens to be Samsung’s first smartphone with a sliding, rotating camera mechanism. That’s certainly what sets it apart from the rest of the lineup as well as other handsets in this segment.

A direct comparison can be drawn between the Galaxy A80 and the Galaxy A9 (2018). The new device has a much larger display with slimmer bezels thanks to the innovative camera system. It also gets a new processor and 8GB of RAM as standard. Samsung has removed the microSD card slot, though, so external expansion of the 128GB storage isn’t possible. The device gets a 3,700mAh battery with the same 25W super fast wired charging as the Galaxy S10 5G. It also comes with an in-display fingerprint sensor. The Galaxy A80 ships with Android 9 Pie and Samsung’s One UI 1.1.

You can find out more about the specs of these devices in detail over at our devices page. We’ve also posted our Galaxy A80 hands-on which offers additional details about this new device and its unique camera system.