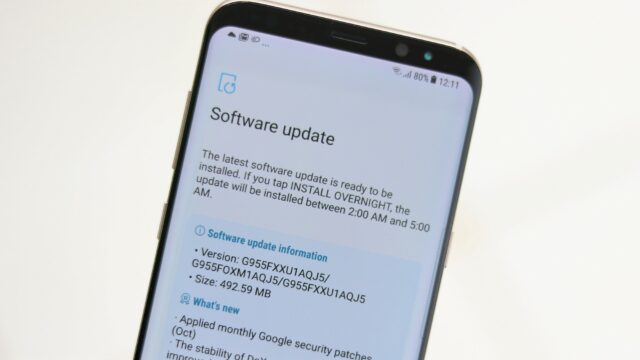 There’s a new Galaxy S8+ update rolling out today and it brings the latest security patch for the month of March 2019. Samsung detailed the new security maintenance release last week. It has also released it for the Galaxy Note 8 earlier today.

The update doesn’t seem to bring much in the way of new features. That’s to be expected of these minor updates which are primarily meant to apply the latest security patches to the operating system.

Samsung detailed the March 2019 security patch just last week. It has fixes for eight critical vulnerabilities in the Android OS in addition to several other vulnerabilities of high and moderate-risk. The update also has patches for 11 Samsung Vulnerabilities and Exposures (SVE) items. One of those vulnerabilities leaked Private Mode thumbnail contents in Gallery.

This new Galaxy S8+ update has firmware version G955FXXU4CSB9. It’s out in Uruguay right now for units on the Claro network. The OS version is actually Android 8.0 Oreo and not Android Pie which is already out for the Galaxy S8 series. It’s available for download from our firmware section.

Now that the March 2019 security patch is out for the Galaxy S8+, it shouldn’t take long before it arrives in other markets across the globe. You should expect to receive it on your unit in the coming weeks. Samsung may also roll out the same update for the Galaxy S8 in the near future as well.