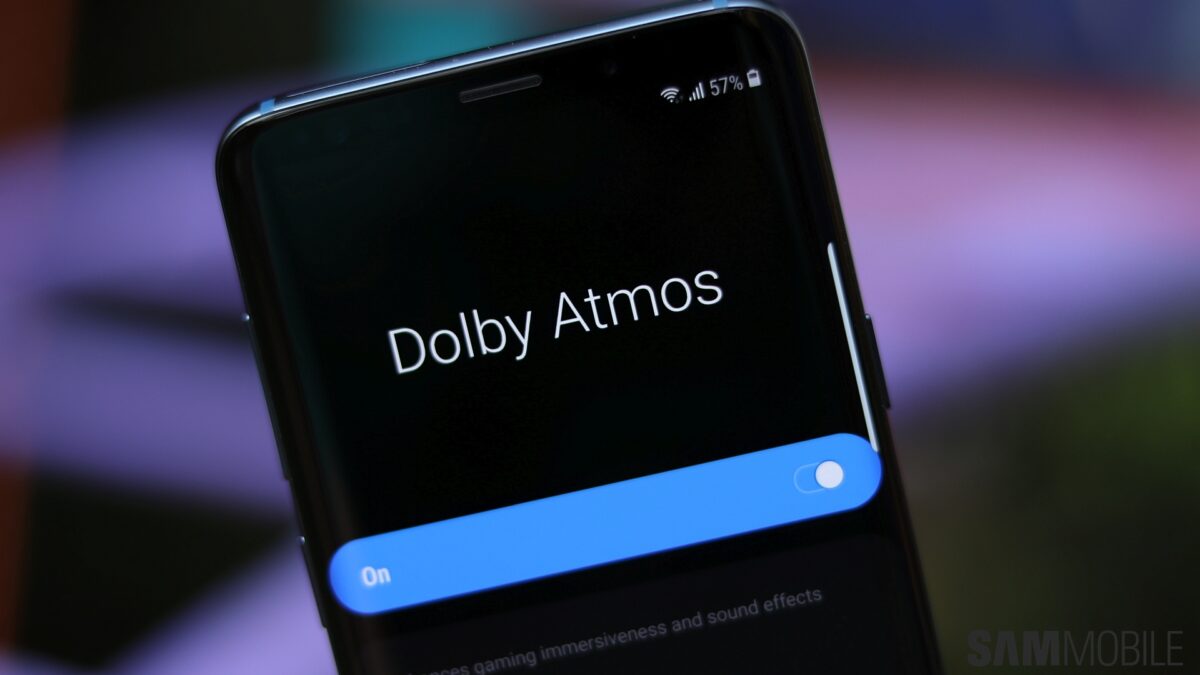 One of the first new features that we wrote about when Samsung released the Android Pie beta for the Galaxy S9 and S9+ was a Dolby Atmos mode for gaming. This feature didn’t make it through to the last beta, and it was nowhere to be found when the stable Galaxy S9 Pie update started rolling out. Well, it turns out the Galaxy Note 9’s stable Pie update does include a gaming option for Dolby Atmos, but the way it works is a bit different.

As expected, the major difference Dolby Atmos for gaming seems to make is to increase the overall volume, with the effect more pronounced over wired audio. What isn’t clear is why the Galaxy S9 does not have the Dolby Atmos for gaming feature even on the latest Pie release. We’re guessing this is another hint that Samsung has rushed these updates out the gate and can only hope the company brings improvements and consistency across both of its 2018 flagships as far as Android Pie features are concerned.

You can find the Dolby Atmos for gaming option in the Sounds and vibration » Advanced sound settings » Sound quality and effects menu in the Settings app. Check out the GIF animation below for a quick visual guide (tap/click the image if it doesn’t start playing automatically).

How to factory reset your Samsung Galaxy smartphone or tablet