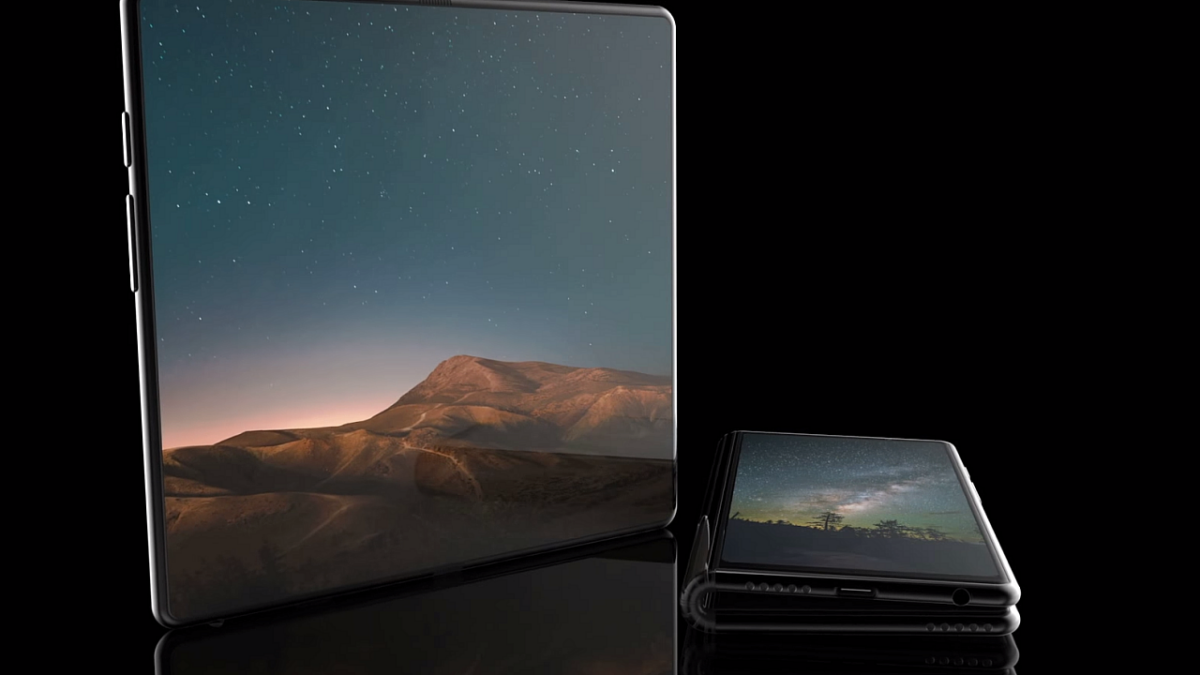 Samsung pulled off quite the stunt at its developer conference last week when it chose to give us a peek at its foldable smartphone but left us hanging by not revealing the device completely. Granted, it wasn’t a hardware event nor is the device completely ready yet, but it was still quite the tease. We won’t get to see the device officially for a few more months, so maybe this new Galaxy F concept design will satisfy your palate in the meantime.

Galaxy F concept is all about those displays

This particular concept takes after the actual design since Samsung has now offered a partial look, unlike some of the concepts we have seen before. And it’s a clean, elegant design that would look right at home on a device that might be priced above $2,000. The exterior display is your usual Infinity display as seen on the Galaxy S9 or Galaxy Note 9, but the concept envisions the 7.3-inch display on the inside with minimal bezels. The speaker grills make it look a little like the iPhone and there’s no Bixby button, either, but hey, this isn’t supposed to be the real deal anyway.

And even Samsung is reportedly still undecided on what kind of foldable action the Galaxy F (or whatever it gets called) will offer. One variation apparently allows the device to be opened at various angles, similar to convertible laptops, although that doesn’t make a whole lot of sense for a foldable smartphone-cum-tablet. In any case, do check out the concept below and let us know what you think.

Will Samsung’s much-awaited foldable smartphone be called the Galaxy Fold? That’s what a new trade …

The long-awaited Samsung foldable phone, supposedly called the Galaxy F, could be exclusive to EE in the UK. …