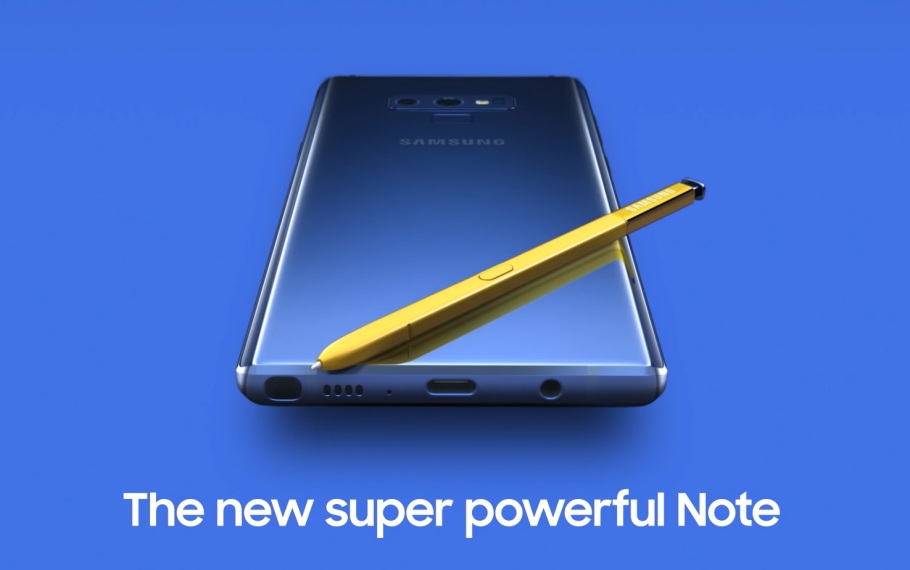 Samsung was kind enough to list the Galaxy Watch on its website late last month, and now, Samsung New Zealand has put up a full-blown intro video for the Galaxy Note 9! It’s clearly an accidental release, as there is not even a proper name for the video on YouTube. But it’s our first official look for sure, revealing the phone and the new S Pen in excruciating detail.

Galaxy Note 9 can have up to 1TB of total storage

As expected, Samsung is focusing on the golden/yellow S Pen, which will accompany the blue version of the phone. The video also tells us that a 512GB Galaxy Note 9 exists, but what’s interesting is that the phone also supports up to 512GB microSD cards, so users could have up to 1 terabyte of total storage on the device. It was only earlier this year that the Galaxy S9 officially introduced support for 400GB cards, and storage is clearly an important part of Samsung’s marketing push for its newest flagship.

It remains to be seen if the 512GB model will have 8GB of RAM, though it probably isn’t the case. Also, there isn’t a mention of Bluetooth connectivity for the S Pen, with the video only showing us the stylus’ ability to write on the display even when the phone is locked. But we’re now only six days away from the Galaxy Note 9 announcement, so it won’t be long until everything is revealed.

Samsung probably isn’t going to be happy with whoever made the mistake of putting up the intro video. But don’t worry, we have managed to save a copy on our YouTube channel so that if Samsung wakes up and deletes it, we’ll still have access.

Update: Samsung has taken down the video, but we have added our own upload above so you can check it out.