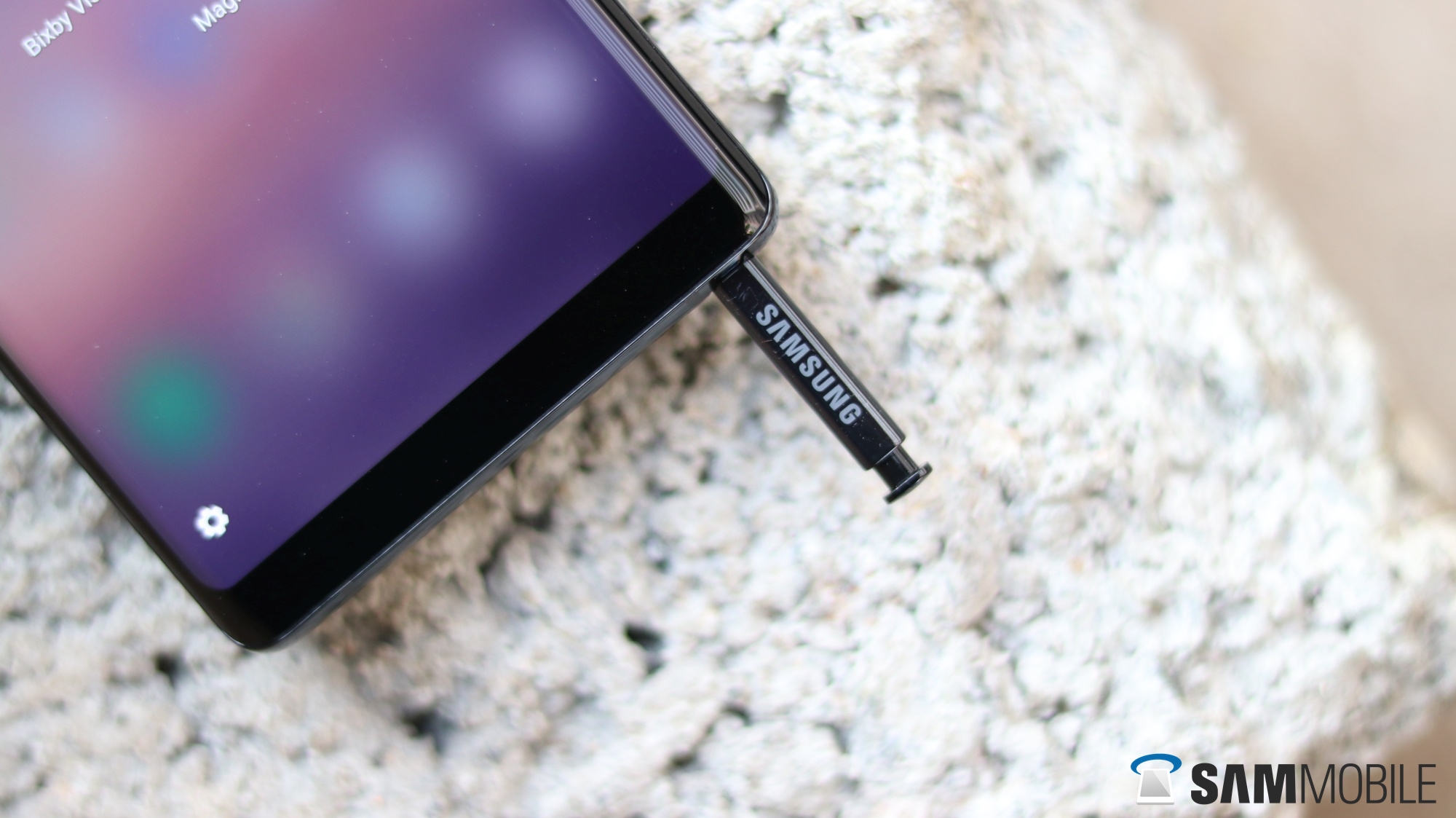 A source with a respectable track record has leaked what appears to be promotional material for the Galaxy Note 9. The image shows off the new S Pen that Samsung will ship with the upcoming flagship. This is the first proper sighting of the new S Pen.

China-based leakster Ice Universe has posted what appears to be a promotional flyer for the upcoming Samsung flagship. This is the first such leak of its kind concerning the Galaxy Note 9.

It shows off the new S Pen that Samsung will ship with the device. The design changes for the stylus don’t appear to be as substantial as they are for the Galaxy Tab S4’s S Pen but it does look more angular than the Galaxy Note 8’s S Pen. The image doesn’t confirm anything about the new features that the Galaxy Note 9’s stylus is expected to bring. Reports suggest that the Galaxy Note 9 S Pen will have Bluetooth support. This will enable the stylus to perform a variety of functions including but not limited to controlling music playback. The recent FCC filing for the new S Pen also mentioned Bluetooth support.

The image also confirms that Samsung has retained the horizontal setup for the dual camera at the back. That is how it is on the Galaxy Note 8 as well. This is reportedly due to battery considerations. The Galaxy Note 9 is said to feature a substantial 4,000mAh battery.

“The new super powerful Note” is the tagline on this promo material. Samsung particularly markets its Note handsets to users who want a device that can help them work on the go. It will keep doing that with the new flagship which may offer additional productivity features courtesy of the new S Pen.

All this and more will be confirmed about the Galaxy Note 9 on August 9 when Samsung will officially unveil the handset at a special event in New York City. We can expect to see additional leaks concerning the new flagship until then.

Update: Here’s how the Galaxy Note 8’s S Pen looks when shot from a similar angle.