The first official Galaxy Tab S4 press render has been leaked online and it reiterates what we know about the tablet so far. Samsung will reportedly switch to the 16:10 aspect ratio for this tablet’s display and that’s evident from the render. It also gives us our first glimpse of the new Galaxy Tab S4 S Pen.

The leaked renders come from @evleaks who has a solid track record. The first render shows us the Galaxy Tab S4 hooked up to a keyboard attachment which will likely be sold separately. He later posted a side-by-side comparison of the S Pen for the Galaxy Tab S3 and Galaxy Tab S4. The new stylus looks sleeker and appears to have a glossy finish instead of the matte finish of last year’s model. Gone is the clip at the top that made the S Pen look more like a conventional pen.

It’s unclear, though, if this S Pen is going to have the new features that Samsung is expected to introduce with the Galaxy Note 9’s S Pen. The upcoming flagship’s stylus reportedly features Bluetooth support which will enable it to offer features such as music playback control.

The last render shows off the back of the Galaxy Tab S4 and its white color. We get to see the new S Pen once again and it indeed appears to have a glossy finish. There’s no fingerprint sensor at the back so it’s possible that the Galaxy Tab S4 may not have one. It could rely only on the iris sensor and facial recognition for access control.

The Galaxy Tab S4 specs include a 10.5-inch 2560×1600 pixel resolution display, a Qualcomm Snapdragon 835 processor with 4GB of RAM and 64GB of internal storage. The tablet is also said to feature a 12-megapixel rear and 7-megapixel front camera. It will ship with Android 8.1 Oreo.

Samsung is yet to confirm when the Galaxy Tab S4 is going to be announced. It’s possible that the company may unveil its new tablet at the IFA 2018 trade show in Berlin this September. 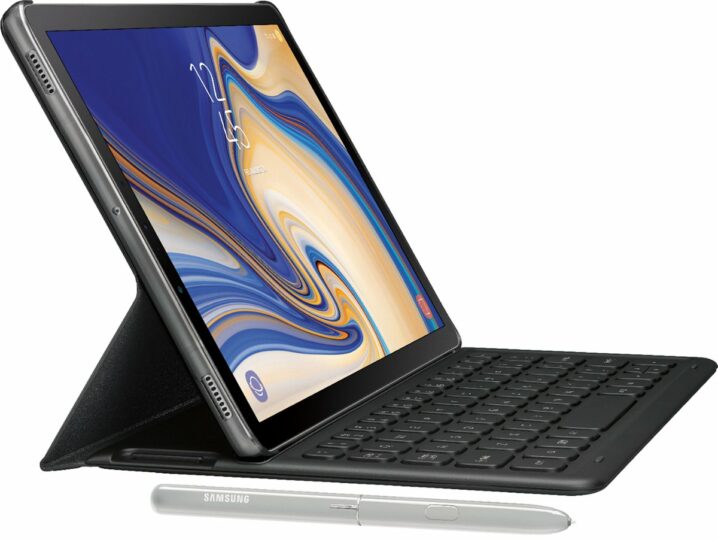 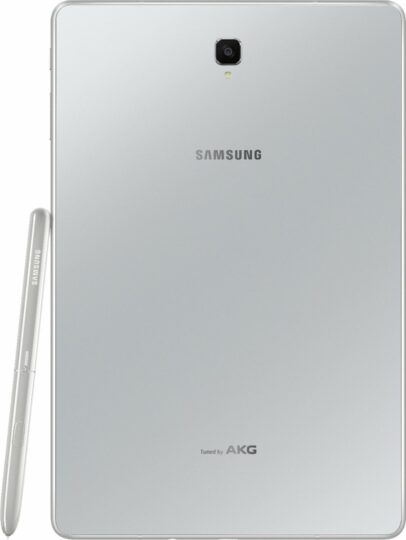 More news »
Galaxy Tab S4 Android 10 One UI 2.1 update out in USA and Canada By Abhijeet M.|2 weeks ago
Galaxy Tab S4 LTE starts receiving Android 10 update with One UI 2.1 By Asif S.|3 weeks ago
Galaxy Fold 2 doesn’t support the S Pen but there’s hope for the future By Adnan F.|1 month ago
Will S Pen be the only difference between Galaxy S20 and Galaxy Note 20? By Asif S.|4 months ago
SamMobile Shop
Opinions More »
Galaxy A51 5G is Samsung’s best gaming mid-ranger but there’s one issue
1 day ago