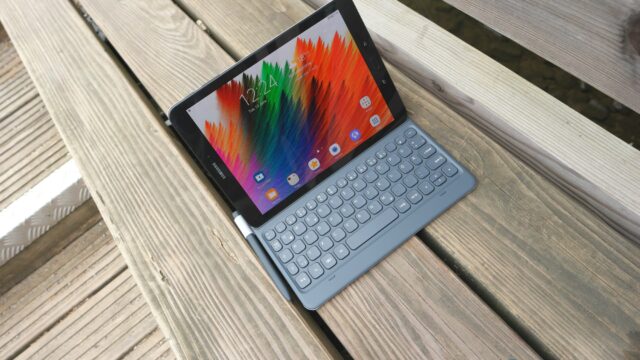 We are well aware that Samsung has a new tablet in the pipeline and that it’s the successor to the Galaxy Tab S3. The company is expected to launch the Galaxy Tab S4 in the next couple of months. There have already been multiple reports about what this device could bring to the table and now the first Galaxy Tab S4 render has been leaked online. It gives us a glimpse of what the new flagship tablet from Samsung may look like.

The render does show that the Galaxy Tab S4 will have slimmer bezels and that the display will stretch out more which may result in no Samsung logo at the top and no physical home button on the chin. Since the back doesn’t show a fingerprint sensor, the tablet may rely on iris recognition only for biometric access control.

Apart from the front, the design doesn’t appear to be all that different. The power and volume button placements appear to be the same while the back has a “Tuned by AKG” branding to highlight that like its predecessor, the Galaxy Tab S4 will also have AKG-tuned audio.

Even though this is claimed to be an official press render of the Galaxy Tab S4, it doesn’t make sense for Samsung to highlight Google Chrome on the lock screen instead of its own browser, so there’s a possibility that this may not be the final render.

As far as the specs are concerned, the Galaxy Tab S4 is said to feature a 10.5-inch 2560×1600 pixel resolution display with a Snapdragon 835 processor under the hood coupled with 4GB of RAM and 64GB of storage. It may also feature a 12-megapixel rear and 7-megapixel front camera. The tablet will come with Android 8.1 Oreo out of the box.

The Galaxy Tab S4 recently picked up its FCC certification which suggests that the launch may not be that far off. It’s expected that Samsung might unveil the Galaxy Tab S4 at IFA 2018 in Berlin which takes place this September. 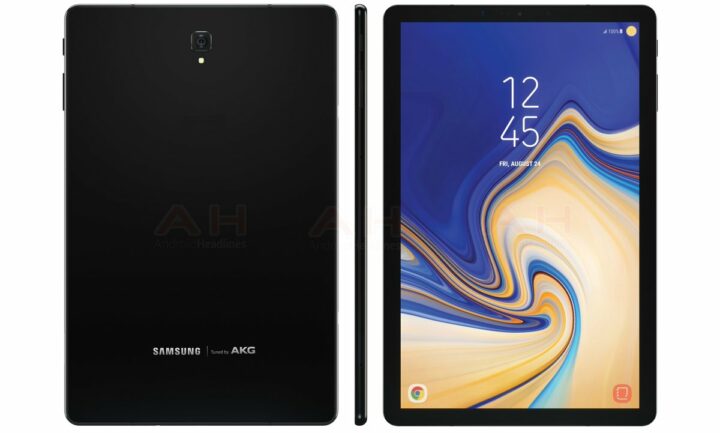