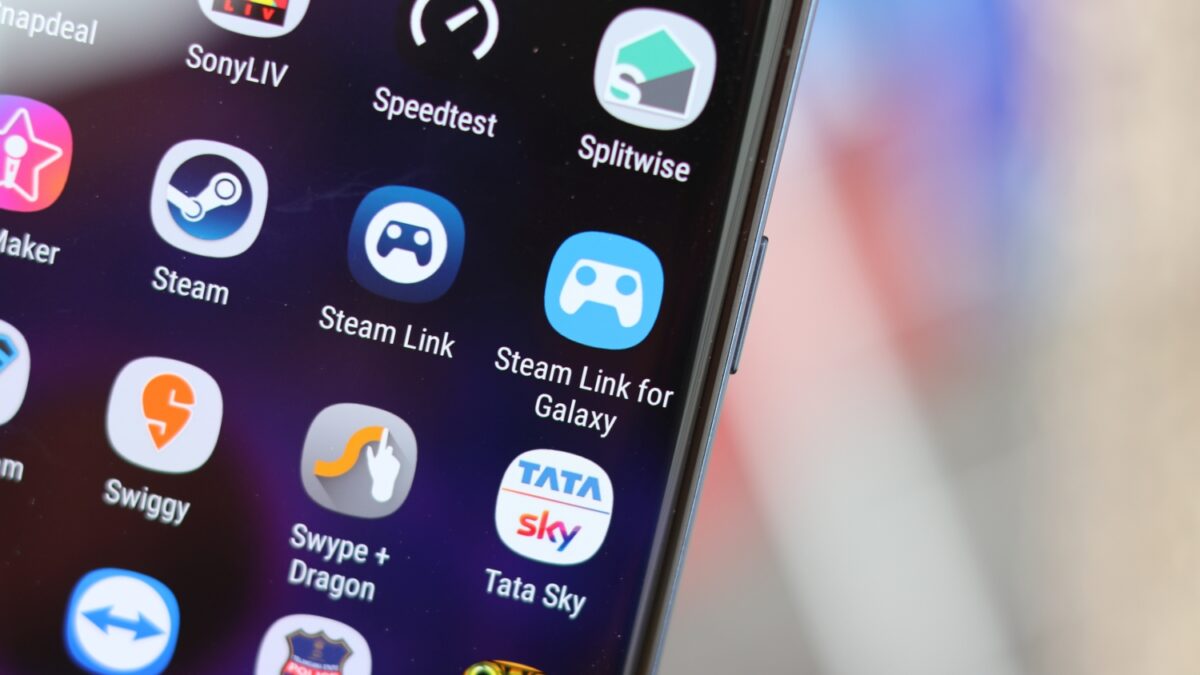 Anyone who has played video games on a PC knows about Steam, the largest digital store for buying PC games. Recently, Steam released the Steam Link app for Android, which lets users play games installed on their home PC on an Android device (mobiles, TV, or tablets) on the same Wi-Fi network. While the Steam Link app is the same for all Android devices, Samsung has made a custom Steam Link for Galaxy app for its Galaxy smartphones and tablets.

Steam Link for Galaxy has a custom user interface that is simpler to use than the original Steam Link app. Well, maybe simpler isn’t the right word. The Galaxy version of the app has a more attractive user interface, and it doesn’t let you proceed unless you add a game controller via Bluetooth to the mobile device you want to play on. It’s possibly a limitation put in place because of the fact that you’d be unable to play any PC game on a mobile device without a proper controller, but it doesn’t exist on the original Steam Link app.

Other than that, Steam Link for Galaxy works pretty much the same as the regular app. Sadly, Steam Link for Galaxy is exclusive to the US and South Korea for now and a VPN doesn’t let you work around that limitation. Since the Galaxy Apps store doesn’t let you update an app not available in your country, those not in the US or Korea would be better off with the regular Steam Link app downloadable from the Play Store, as otherwise they would have to download the updated APK every time they want the newer version.

Steam Link for Galaxy can be downloaded from the Galaxy Apps store (click this link on a mobile device to go directly to the Galaxy Apps listing). It is supported on all flagships since (and including) the Galaxy S7 and Galaxy S7 edge. We also have the APK available in our database that you can sideoad on to your device. Again, if you’re not in the US or South Korea, it’s best to use the Play Store version.