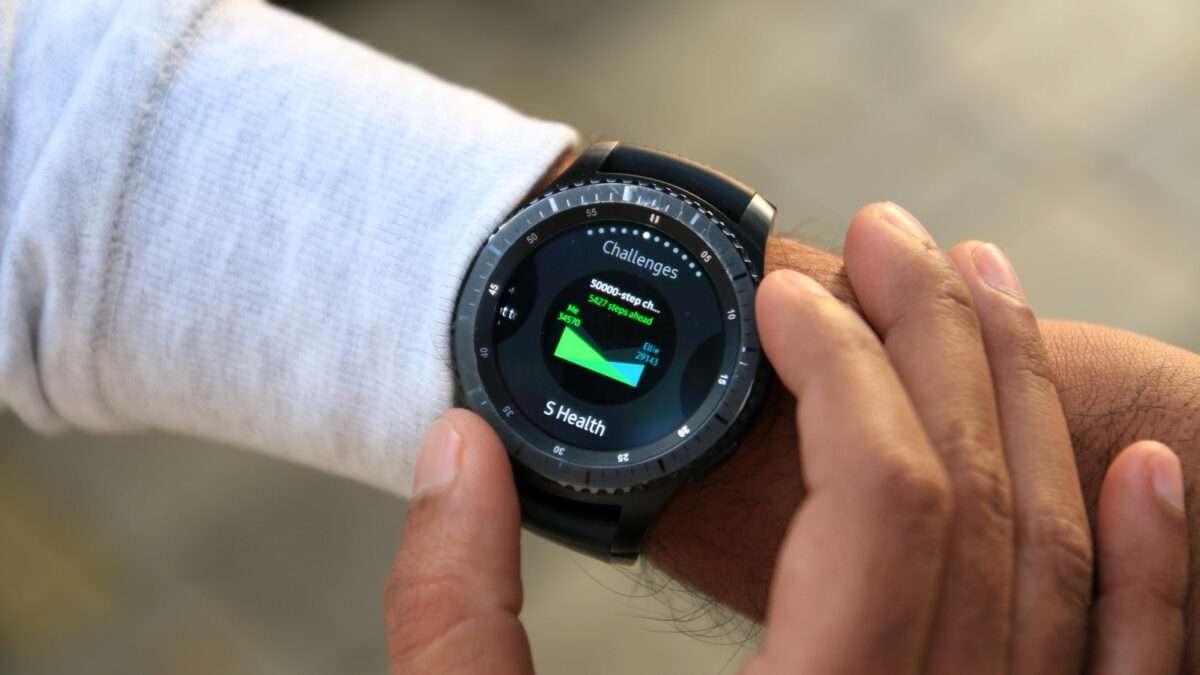 We exclusively reported not too long ago that Samsung is working on a new smartwatch that it may launch as the Gear S4 later this year. The company is certainly due to launch a new smartwatch in the coming months but recent reports have suggested that the company might be considering some major changes for its smartwatch lineup.

The reports started with a trademark filing which revealed that Samsung could ditch the “Gear” branding for its smartwatches in favor of “Galaxy.” The trademark was specifically for a “Galaxy Watch.” Samsung has primarily used its Galaxy branding for Android-powered products so it led to speculation that perhaps the company’s next smartwatch may be powered by Android Wear (recently rebranded to Wear OS by Google).

A usually trustworthy source claimed two days ago that Samsung is indeed working on a Wear OS-powered smartwatch that it’s going to release later this year. There isn’t much clarity on this, though, so it’s not known whether Samsung is working on two separate smartwatches. In that case, it would be business as usual for the Tizen-powered Gear S4 while Samsung could test the Wear OS waters once again with a new smartwatch that doesn’t jeopardize its Gear lineup.

As if these reports weren’t enough, a source with a very solid track record said yesterday that Samsung employees have been spotted wearing smartwatches powered by Wear OS. There are no additional details available right now but where there’s smoke, there’s fire and now we’re inclined to believe that something really is up at Samsung with regards to Wear OS.

You have to understand, though, that a switch to Wear OS would be a surprising move on Samsung’s part. The company’s Tizen strategy may not have worked very well for smartphones but it has worked wonders for its smartwatches. Tizen is second only to Apple’s watchOS in terms of global smartwatch OS market share, overtaking Wear OS as far back as the first quarter of 2017.

Like many smartphone manufacturers who jumped on the wearable device bandwagon several years ago, Samsung also tried its luck with Android Wear. The Gear Live was the company’s first and only smartwatch powered by Google’s platform and it was a flop. Samsung never gave the platform another chance and wholeheartedly stuck with Tizen for its smartwatches which have only improved with each subsequent iteration. Samsung laid down the law two years ago and confirmed that it will not be making Android Wear smartwatches anymore.

It’s that decision to switch from Android Wear which allowed Samsung to get creative with its smartwatches and offer features that really made its devices stand out from the Android Wear competition. Launched three years ago, the Gear S2 was a revelation in terms of design. It was Samsung’s first smartwatch with a circular display and rotary bezel which offered users a cool new way of navigating the device. We sang praises of these changes in our Gear S2 review and concluded that Samsung had finally recognized the direction that it needed to go into for its smartwatches.

Had Samsung stuck with Android Wear it wouldn’t have been able to do that, the most it could have done was switch to a circular design like many other OEMs did. Google may allow its partners free reign with the Android interface on smartphones but it maintains a tight grip on Android Wear. It made this clear when the platform was announced in 2014 that OEMs would not be allowed to add their custom interfaces on top of Android Wear. The rotating bezel on Samsung’s smartwatches wouldn’t have existed had the company not switched to its own OS as it would have been impossible to make such a significant change to the navigation flow without Google’s approval, which would have then opened it up to all OEMs, and given away one of the defining features of the Gear S2.

Granted, Wear OS (Android Wear) has more apps and watchfaces only because the Android developer community is significantly larger compared to Tizen. The numbers will only continue to grow as developers make more apps for Wear OS but Samsung has also made sincere efforts to get developers to focus on Tizen as well. Samsung has inked some partnerships that have yielded apps that aren’t available for Wear OS. Take Spotify for example, Samsung’s smartwatches have a full-fledged Spotify app with support for offline playback and Spotify Connect. Nevertheless, the app situation on Tizen isn’t in such dire straits for the company to just ditch the platform.

It’s not like significant improvements have been made to Wear OS in the recent past. Some OEMs have already stopped making smartwatches powered by the platform and the bulk of them are now being made by fashion brands. Google clearly needs to revamp the platform considerably and that’s likely the reason why Samsung is believed to be interested in the platform again. Google and Qualcomm recently confirmed that a new “lead smartwatch” will be out this fall and that Qualcomm’s new chip for these devices will be dedicated to the form factor with “no-compromises.” The claims suggest that big changes are due for the platform.

It’s possible that Samsung knows something about this, that it has been convinced by Google to give the platform another shot by explaining how it intends to improve Wear OS in the months to come. One thing is clear, Wear OS needs Samsung more than Samsung needs Wear OS. It would be far better for Google’s platform if Samsung starts making Wear OS smartwatches than it is for Samsung to switch because the company would have to make some big concessions if Google doesn’t relax its restrictions. For example, Samsung won’t be able to do much with the user interface and may even have to ditch Bixby for smartwatches which would go against its goal to have Bixby on all of its devices in the next few years.

In my humble opinion, Samsung has invested and achieved far too much with Tizen on smartwatches to give it all up in a heartbeat. The loyal customers who have invested in its Gear smartwatches over the years will certainly be left with the short end of the stick if Tizen were to be ditched in favor or Wear OS.

The prudent thing for Samsung to do would be to not upset the cart, so to speak. The switch to Wear OS would make sense if the company is planning to launch two smartwatches this year. It can stay the course with the Gear S4 and give Wear OS a try with the Galaxy Watch. The thing about customers is that they love options and by going down this road, Samsung will appeal to even those who have not bought a Gear smartwatch because they didn’t quite like Tizen. This will lead to Samsung selling more devices in the end which is what the company really wants anyway.

Google’s Wear OS has a huge collection of watch faces that have been developed over the years. However, you might want to stick with the newer ones because, as per 9To5Google, watch faces not using the latest development practices trigger a rather unusual error on smartwatches running Wear OS 3. Apparently, older watch faces turn […]

One of the main reasons for Samsung’s switch from Tizen OS to Wear OS for its smartwatches was the availability of apps. With Wear OS, the Galaxy Watch lineup got access to various Google Suite apps, including Google Maps. It offers an easier way to get navigation help. However, the new update for Google Maps […]