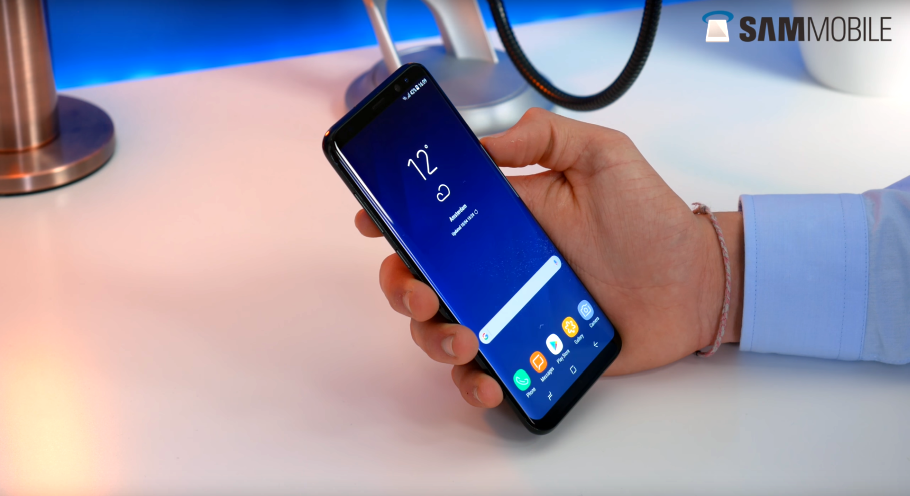 Well, it looks like a good day for Galaxy S8 updates. Samsung just released a new Android 8.0 Oreo beta for the Galaxy S8 and Galaxy S8+, and it has also started rolling out the November security update for the millions of regular consumers not taking part in the beta program. In fact, it seems Samsung has used the same official changelog for the beta and standard update, with both mentioning improvements to Bluetooth connectivity and the latest Google security patches.

The November security patch brings a fix for the widespread Wi-Fi KRACK exploit, along with fixes for 61 other Android vulnerabilities and six exploits found only on Samsung’s software. The latest security update, as is usually the case, seems to have gone live in the Netherlands first, but it shouldn’t be long before it spreads to other markets. It’s rolling out over the air right now as a rather big 545 MB download, and carries build number G950FXXU1AQK7.

Your Galaxy S8 or S8+ should notify you once the update is available, but since that can take time, you can grab it right away from the Settings » Software update menu. We will also have the firmware in our database shortly for those who prefer the fully manual route for upgrading. If you have already received the update in a country other than the Netherlands, do let us know in the comments! 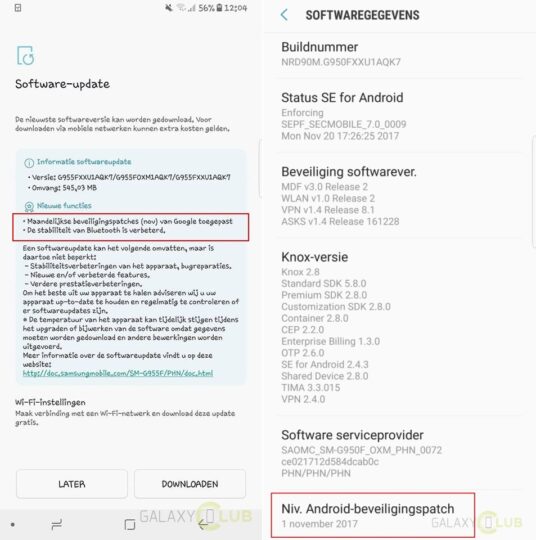