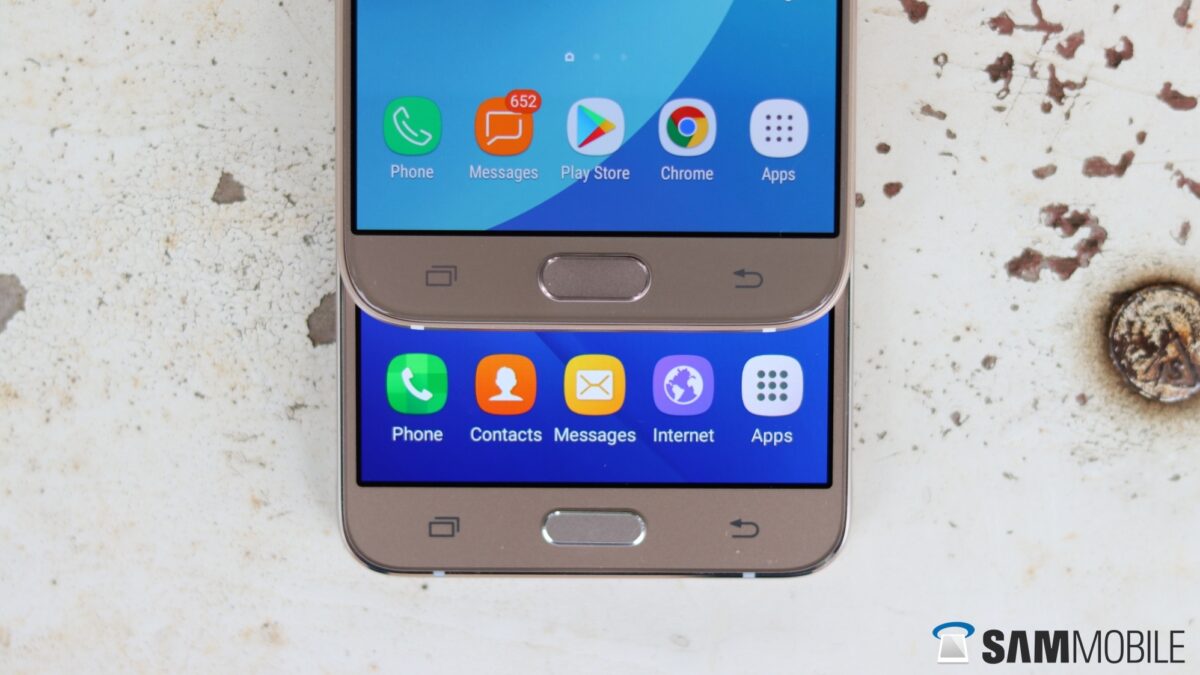 The Galaxy J7 (2016) was updated to Android 7.0 Nougat in India almost two months ago, and we had assumed at the time that the update would also be offered to the Galaxy J5 (2016). It looks like that wasn’t the case, as Samsung is only now rolling out Nougat to the device in the country. It seems that to make up for the delay, the Korean giant has released Android 7.1 Nougat, along with Samsung Experience 8.5 UX (which debuted on the Note 8), for the J5.

This is a surprising development – Samsung doesn’t usually release different versions of the OS for devices in the same lineup, especially those that go on sale alongside each other. It’s certainly a good thing for Galaxy J5 (2016) owners, although our reader who sent in the tip says that the phone app is continuously crashing after the update. We’re guessing that’s going to be an exception rather than the norm, though, or Samsung may just have to pull the update and make J5 (2016) owners wait even longer for a version of the operating system that’s more than a year old at this point. 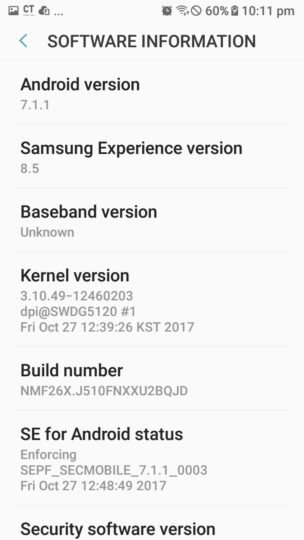 What about Galaxy J7 (2016) users? Hopefully, they will also be treated to Android 7.1 and Samsung Experience 8.5. The J5 (2016) and J7 (2016) aren’t expected to be upgraded to Oreo, which would mean leaving the J7 (2016) on software older than the J5 would be unfair and result in quite a few unsatisfied consumers. Well, unless Samsung is changing policies and will start providing more than one major software update to budget devices.

If you own a Galaxy J5 (2016), you can check if the update is available by going to the Settings » About phone menu and hitting Download updates manually. Received the update on your phone already? Let us know by leaving a comment, and check out these screenshots to see how Nougat will look on the device (the overall interface should be similar, even if the screenshots are from Android 7.0 Nougat and the Samsung Experience 8.1 UX).