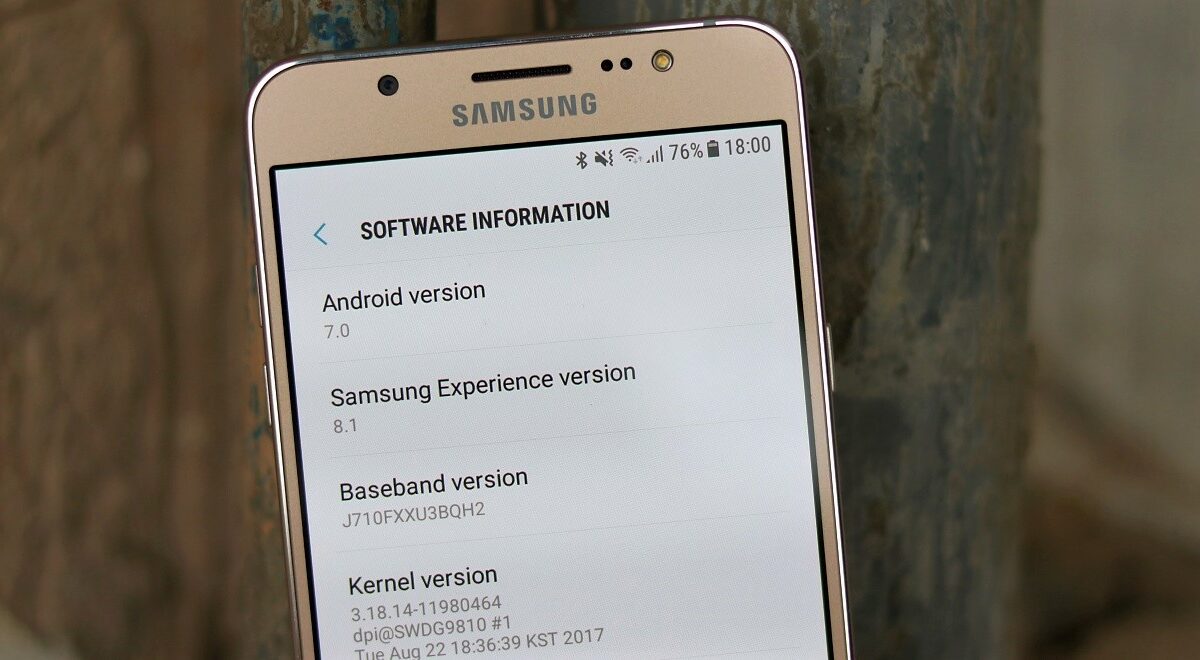 Android 7.0 Nougat is finally arriving on the 2016 iterations of the Galaxy J5 and Galaxy J7, with the Galaxy J7 (2016) Nougat update rolling out in a couple of markets. Impressively, Samsung has brought over the latest version of its user experience, called Samsung Experience, to last year’s J5 and J7. It means the company is finally aiming for complete consistency across its range of devices when it comes to the software experience (probably the reason why it’s called Samsung Experience), even bringing budget yesteryear devices into the fold.

Naturally, not all of the features seen on the flagship Galaxy S8 or the upcoming Note 8 (which comes with Samsung Experience 8.5 instead of version 8.1, which is seen on the S8 and other 2017 phones) are available on the 2016 Galaxy J models, but they do match those offered on the 2017 models. There’s a higher degree of home screen customization (including the ability to disable the app drawer), the new Dual Messenger functionality, modified power saving modes, and more. Bixby isn’t included, but that isn’t a disadvantage as devices without the dedicated Bixby button do not get Bixby’s voice functionality, which is arguably its only useful feature right now.

Well, without further ado, here are screenshots of Android 7.0 Nougat with the Samsung Experience UX as seen on the Galaxy J5 (2016) and Galaxy J7 (2016). Let us know how you’re liking Nougat on your phone by leaving a comment!

Note: The screenshots have been taken from a Galaxy J7, but they apply to the Galaxy J5 as well. 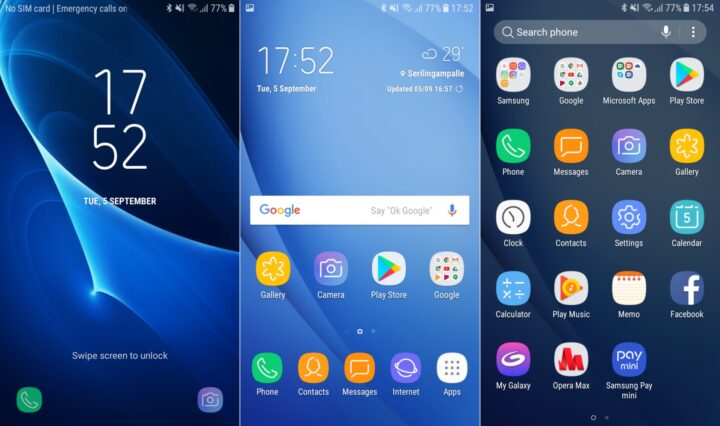 Samsung Experience (Oreo) vs One UI (Android Pie) in screenshots