After Samsung recalled the Galaxy Note 7 due to its battery problems, the company had stated that it would use the components of the problematic device to make a refurbished device. We came to know earlier this month that the refurbished variant would be called the Galaxy Note Fan Edition. The South Korean brand started selling the refurbished version in its home market last week for KRW 699,600 (or $617). However, the question remained as to how similar this new device is to the original Galaxy Note 7, and iFixit has answered it.

The folks over at iFixit did a teardown of the Galaxy Note Fan Edition and found out that it is essentially the Galaxy Note 7, albeit with a smaller-sized battery and slightly reworked antenna pattern to suit the Korean cellular networks. The new, 3,200 mAh battery is 9 percent smaller than the problematic 3,500 mAh battery that was used in the Galaxy Note 7. It weighs 2.3 grams lighter as well, so we hope that it won’t catch fire. You can see the comparison of the older battery with the newer one in the image below. You can check out more images of the device in the source link. 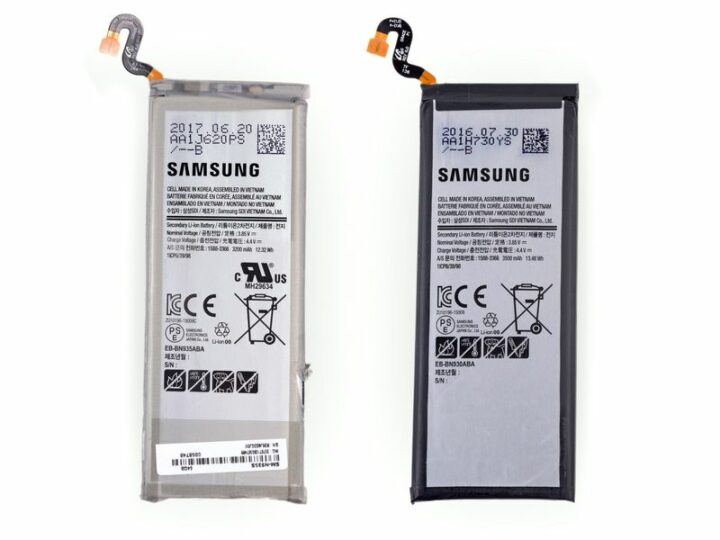 Yet another flagship Galaxy device is getting an update with the latest security patch in tow. The Galaxy Note Fan Edition has been updated in Malaysia with the August 2018 security patch. The update comes with build number N935FXXU3BRG4 and is the fourth such update for the device in Malaysia. It shows how Samsung hasn’t taken […]