If a recent leak originating from South Korea is anything to go by, it would appear that the refurbished variant of the Galaxy Note 7, which has been dubbed the Galaxy Note FE, will carry a price tag of 699,600 won ($623) when it launches in the region in the not-too-distant future.

While the Galaxy Note FE has been rumored to sport the exact same design as the ill-fated Galaxy Note 7, a hands-on image that surfaced online earlier this week actually points towards there being one difference: the latest model has a big “R” on the back to indicate that it’s a refurbished unit.

As you’d expect, the Galaxy Note FE will also feature almost identical internals to the original Galaxy Note 7, meaning it’ll have the same 5.7-inch display, Exynos 8890 CPU, 4GB of RAM and 12MP rear-facing camera, though it should pack a slightly smaller 3,200mAh battery.

It’s believed that out of the three-to-four million Galaxy Note 7 units recalled, just 300,000 will go on sale in South Korea. 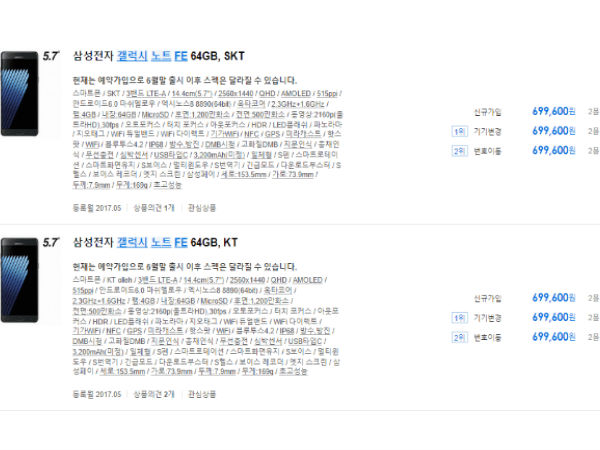