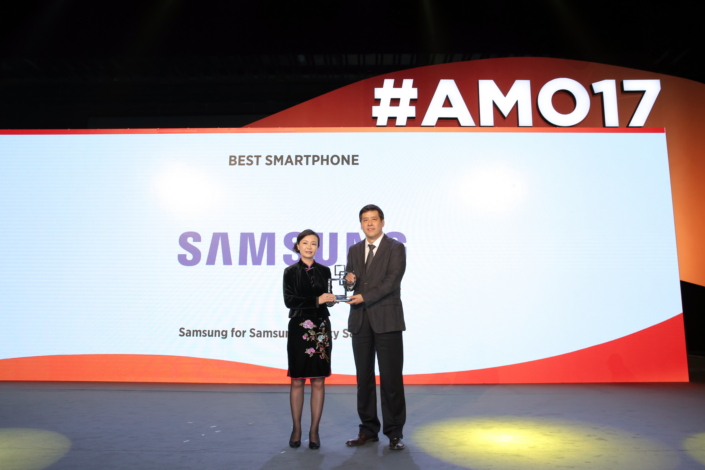 MWC 2017 Shanghai has been organized in partnership with GSMA and it runs from June 28 through July 1. The 2017 Asia Mobile Awards were held on the evening of June 28 at the DaGuan Theatre in Pudong, Shanghai. The awards are a celebration of companies whole mobile products have shown exceptional innovation.

The Best Smartphone award that the Galaxy S8 brought home was adjudicated by a panel of leading journalists, analysts and market influencers. They considered a variety of factors such as physical design and user experience to the simplicity of use, performance, sheer innovation and value for money.

The Galaxy S8 and Galaxy S8+ tick all of the boxes and have thus been honored as the Best Smartphone at the 2017 AMOs. It’s a pretty big honor for the company’s latest and undoubtedly its greatest smartphone. Well deserved, might I add. The handset really is worthy of all the praise being heaped on it.