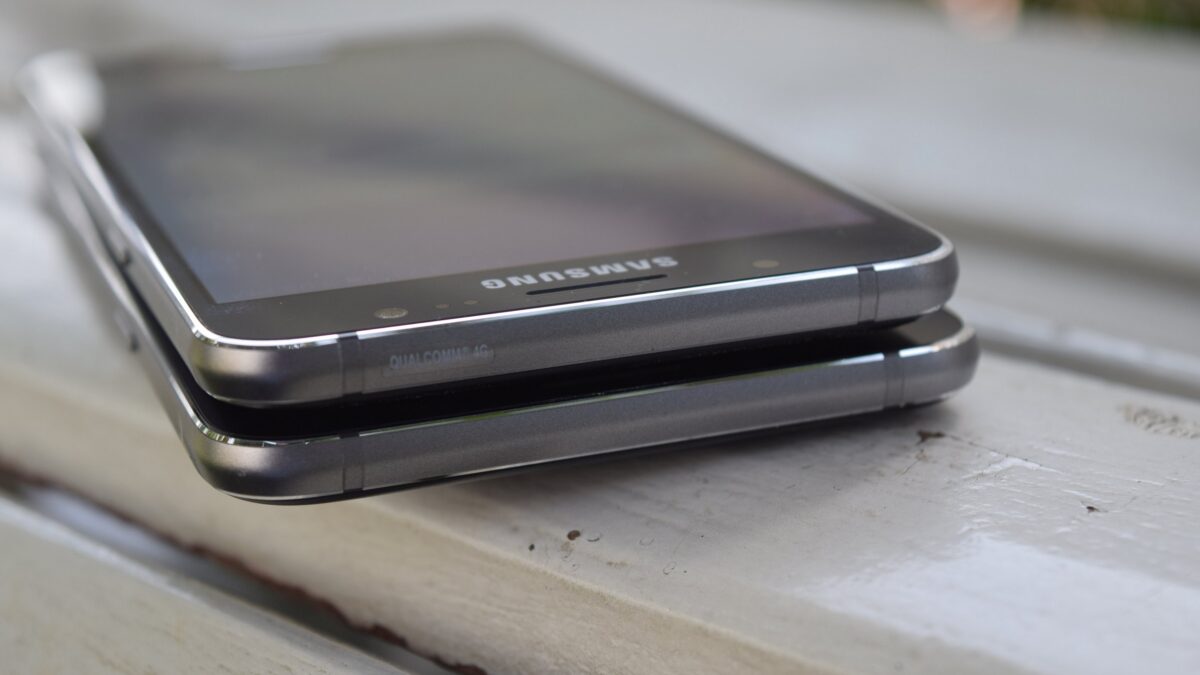 It’s no secret that Samsung has the Galaxy J (2017) series in the pipeline. According to a new report, the Galaxy J5 (2017) and Galaxy J7 (2017) will both receive better cameras and a fingerprint scanner. The report is accompanied by pictures which compare the specifications between the 2016 and 2017 models of the Galaxy J5 and Galaxy J7.

If this report is true, then the new handsets should feel considerably more premium than their predecessors. They’re claimed to tout a full metal body while last year’s models only had a metal frame. 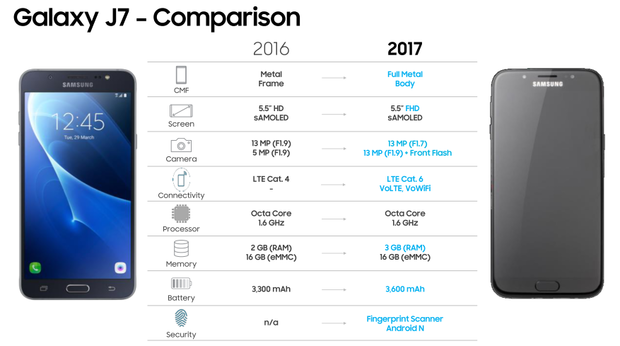 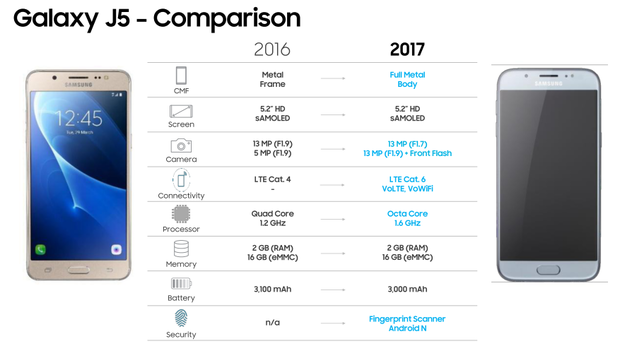