Last week, the Galaxy Note 7R was spotted on the FCC’s online database — and now a series of hands-on photographs of the handset have surfaced online. Based on the images, the device sports an identical design to the original Galaxy Note 7, but ships with a smaller 3,200mAh battery and has Android 7.0 pre-installed.

For comparison, the Galaxy Note 7 that was released back in September had a 3,500mAh cell and ran Android 6.0.1 out of the box. All other specifications appear to be the same, meaning the Galaxy Note 7R should continue to sport a 5.7-inch display, an Exynos 8890 CPU, 4GB of RAM and a 12MP rear-facing camera. 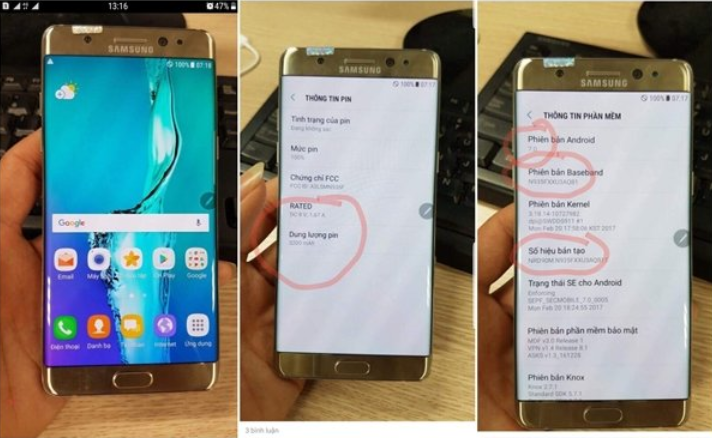