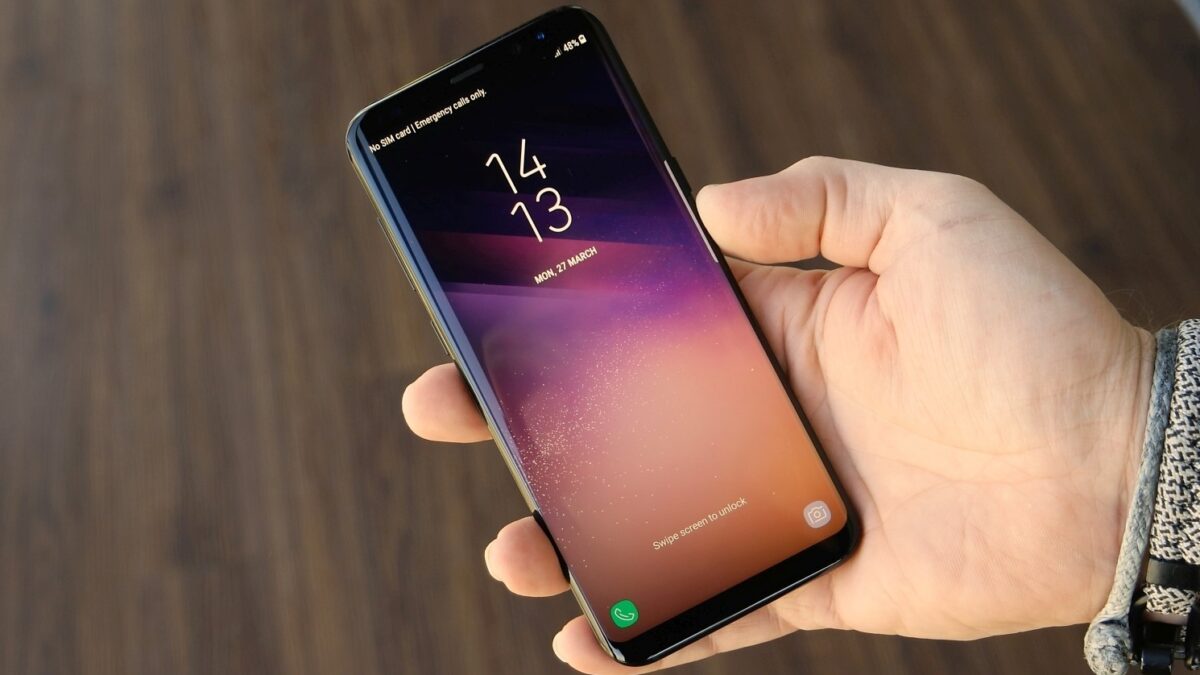 Just a few days before Samsung’s official Unpacked event, we were invited to see the company’s next big things, the Galaxy S8 and Galaxy S8+. Samsung’s latest flagships really are big and have a huge responsibility on their shoulders: making people forget the Galaxy Note 7 debacle.

As far as taking a new approach goes, Samsung has done a pretty good job this year, with a lot of changes that make the Galaxy S8 and S8+ different from previous Galaxy S flagships. The design is where the new direction is most evident. Samsung has ditched its home button, and the company says “designing this phone took years.” That’s not far from the truth, given how that home button itself has been a part of Samsung phones for so long.

The Galaxy S8 has the same basic build that was introduced with the Galaxy S6: glass on the front and back, and metal on the sides. This makes for the same premium feeling as its predecessors, but the Galaxy S8 is much narrower than any Android phone Samsung has made. This gives the phone a comfortable grip (those with small hands will love it). The phone has gotten taller, however (the Galaxy S8+ is especially taller), which is something people will need to get used to.

The best part about the S8’s design is that there is no Samsung logo at the front and every color model is black at the front, making for an experience that is all about the beautiful displays. The home button is gone and in its place are software buttons. The home button is pressure sensitive, and applying a little force will wake up the phone and make it start scanning your eyes/face. Despite the new design, the basic setup remains the same, with volume buttons on the left and the power button on the right. There’s the iris sensor on the left of the front camera, along with a bunch of other sensors.

Samsung has gone all out this year as far as the displays are concerned, with S8 and S8+ featuring 5.8-inch and 6.2-inch Super AMOLED displays. There’s minimal bezel around the displays, with 83 percent screen-to-body ratio on the S8 and slightly higher on the S8+. Both displays sport Quad HD+ resolution and an aspect ratio of 18:5:9. Samsung says the new aspect ratio is for enhancing the multimedia experience on these devices. It makes for lesser black bars when consuming videos through YouTube or elsewhere and while gaming. As expected, Always On Display is present here, and so is the blue light filter option.

At the back (which curves on both sides), the Galaxy S8 and S8+ get the same 12-megapixel camera as the Galaxy S7 and S7 edge (and Note 7), with F1.7 aperture and the same 1.4 micron pixel size. Samsung tells us that the image processing has been improved for better results. The G8 basically takes three pictures of the same scene quickly and combines them for the best effect, something the cameras on the Google Pixel and Pixel XL also do. Needless to say, we will only see final camera performance when we review the device.

The front camera is perhaps getting the bigger upgrade here, and it’s about time. The Galaxy S8 has an 8-megapixel front camera with autofocus. The presence of autofocus makes a big difference: you can finally put the focus on your face manually when taking a selfie instead of letting the phone decide. If you’re wondering how this makes a difference, you simply need to try it out (of course, our review will also have full details).

The aperture on the front camera remains at F/1.7, so low-light performance should continue to be good. Oh, another thing: The Galaxy S8 has no camera hump on the back on either model, which is nice to see. Samsung hasn’t increased thickness on the phones to achieve this, but we’re guessing the longer bodies helped make the cameras sit flush with the rest of the body.

Now, let’s talk about Bixy. Bixby is Samsung’s new virtual assistant, and it gets a dedicated button below the volume rockers on the left of the devices. We couldn’t test Bixby as its servers hadn’t gone live, but Samsung gave us a few examples of how it would work. We were taken through a feature called Bixby Vision, which is an extension of the camera. You press a button, take a picture of something like the Eiffel Tower, and the phone will search for similar pictures and offer relevant information,

Bixby Reminder does what the name suggests: helping you manage your agenda. You can say “Bixby, set agenda March 29th Galaxy S8 launch” and it will set a reminder for the same on its own. Bixby Home and Bixby Voice are two other major features of Bixby, but unfortunately we weren’t given a demo.

Another big draw on the Galaxy S8 are the AKG tuned earphones. We tested these out and found them to have loud, clear audio output. We found the bass to be lacking, however, so it looks like Samsung hasn’t fully fixed the shortcomings of its existing earphones. Now, for the disappointing part: There are no stereo speakers on the Galaxy S8. The earpiece is still only an earpiece and will not double up as the second speaker. However, the Galaxy S8’s loudspeaker is louder than the one found on previous devices, so that’s one positive here.

Naturally, the Galaxy S8 and S8+ bring new hardware as well. Both handsets will be the first to be powered by 10 nm processors, namely the Exynos 8895 and the Snapdragon 835 (the 835 will be offered in a few markets like the US, China and Japan). There’s 4GB of RAM, and we did not notice any lag or stutter in our hands-on time. Of course, how the phones hold up after a few months is something only time will tell.

The S8 and S8+ get 64GB of internal storage, a microSD slot that can take up to 256GB cards, and 3,000 and 3,500 mAh batteries respectively (with fast wired and fast wireless charging). Those battery sizes are worrisome, but the more efficient processor and software optimization will hopefully make for respectable battery life.

On the software front, there’s Android 7.0 Nougat (not 7.1, although we’re guessing Samsung has implemented 7.1 features in 7.0) with Samsung’s new interface that you see on other devices that have been updated to Nougat. There are a few new icons, including the new software buttons, and it’s all heavily customized as we expect software on Samsung devices to be.

So there you have it. The Galaxy S8 brings a lot to the table, and the lack of a home button is a drastic change millions of Samsung customers will have to get used to. Both the S8 and S8+ are pieces of art as far as design is concerned, and we will be taking a detailed look at all of their aspects in our official review.

What do you think of the Galaxy S8 and Galaxy S8+? Let us know in the comments, and also tell us which of the two are you planning on buying!