The Note 7′s battery is a flattened “jelly-roll” that consists of a positive layer made of lithium cobalt oxide, a negative layer made of graphite, and two electrolyte-soaked separator layers made of polymer. If the positive and negative layers come in contact with each other, it typically results in an explosion (or fire). Samsung said that these layers could have been too thin due to aggressive manufacturing parameters. It looks like Samsung was trying to fit in a large capacity battery into a thin design, leaving tiny room inside the battery casing, which led to explosions.

This could be due to Samsung’s effort to make sure that the Galaxy Note 7′s battery life was longer than that of the Galaxy Note 5 without making it physically larger. With this intent in the mind, Samsung could’ve pushed the boundaries too much for it to be safe for consumer in the end. The company had to run full-page ads to apologize the consumers for the Galaxy Note 7.

While we were doing the teardown, Sam wondered, “Samsung engineers are smart.  Why would they design it like this?”  The answer isn’t a mystery: innovation means pushing the boundaries. – Instrumental 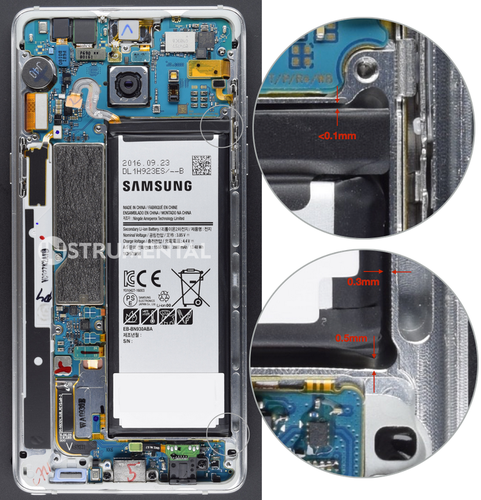 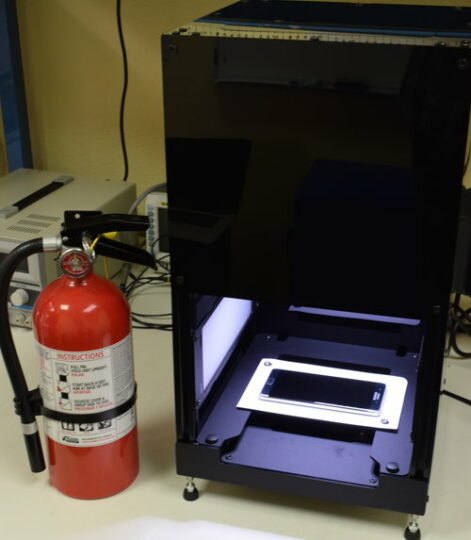