Samsung has launched the Gear S3 in South Korea, and the smartwatch is available for pre-order in the US and the UK. The company recently released various videos on YouTube to show how to get started with the Gear S3 and how to incorporate it into everyday life. Now, Samsung has published its teardown of the Gear S3 to show what’s inside the compact smartwatch.

The Gear S3 incorporates the iconic rotating bezel, a stainless steel case, a display (covered by Corning Gorilla Glass SR+), and the radio frequency antenna on the front. Below the display, there’s an ambient light sensor for automatic brightness level adjustment and MST for Samsung Pay transactions.

The bracket of the Gear S3, which also acts as its chassis, incorporates Bluetooth and Wi-Fi for wireless communication, a linear motor for vibration and haptic feedback, and a microphone as well as a loudspeaker for voice calls and other things. Most of the components and sensors such as the accelerometer, barometer, gyro, battery, memory, NFC, GPS, heart-rate monitor, eSIM, processor, and the microphone are situated on the mainboard.

The Gear S3 comes in two style variants: Classic and Frontier. The Gear S3 Classic comes with a leather band while the Gear S3 Frontier comes with a silicon band. You can have a look at the teardown images below, but if you want to read about it in detail head over to Samsung’s official blog by hitting the source link at the end of the article. 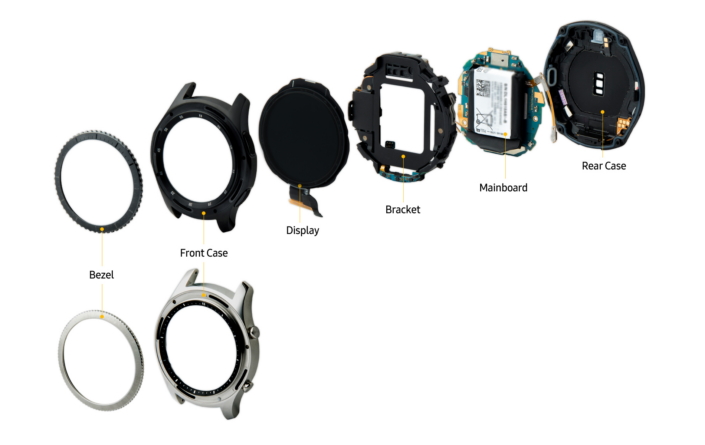 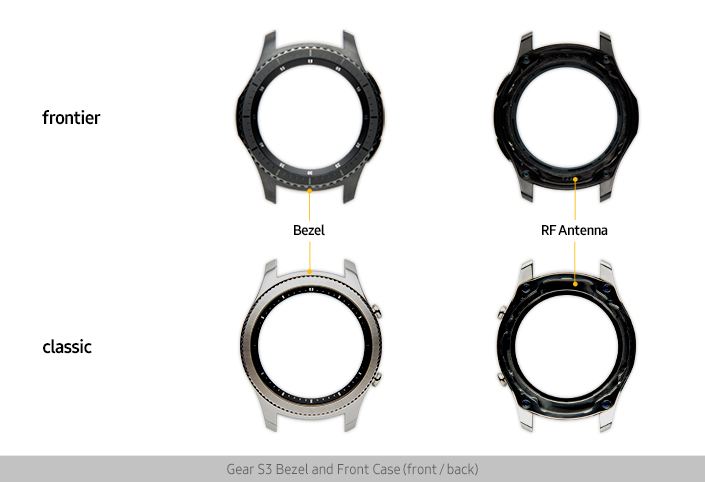 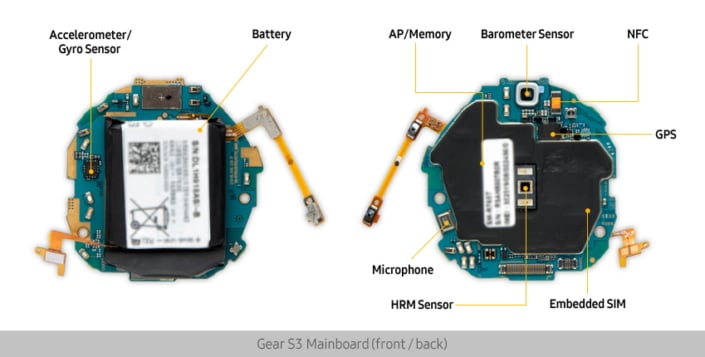 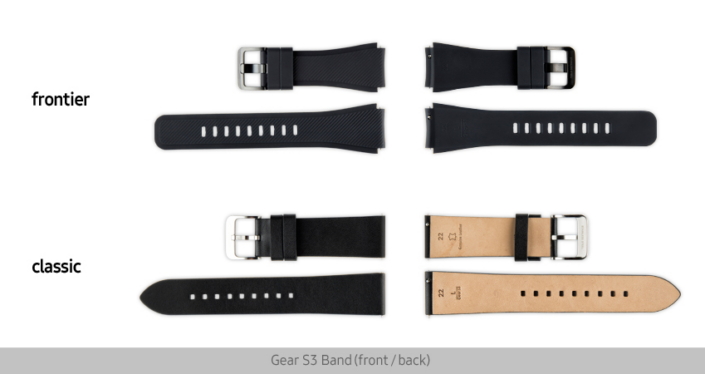