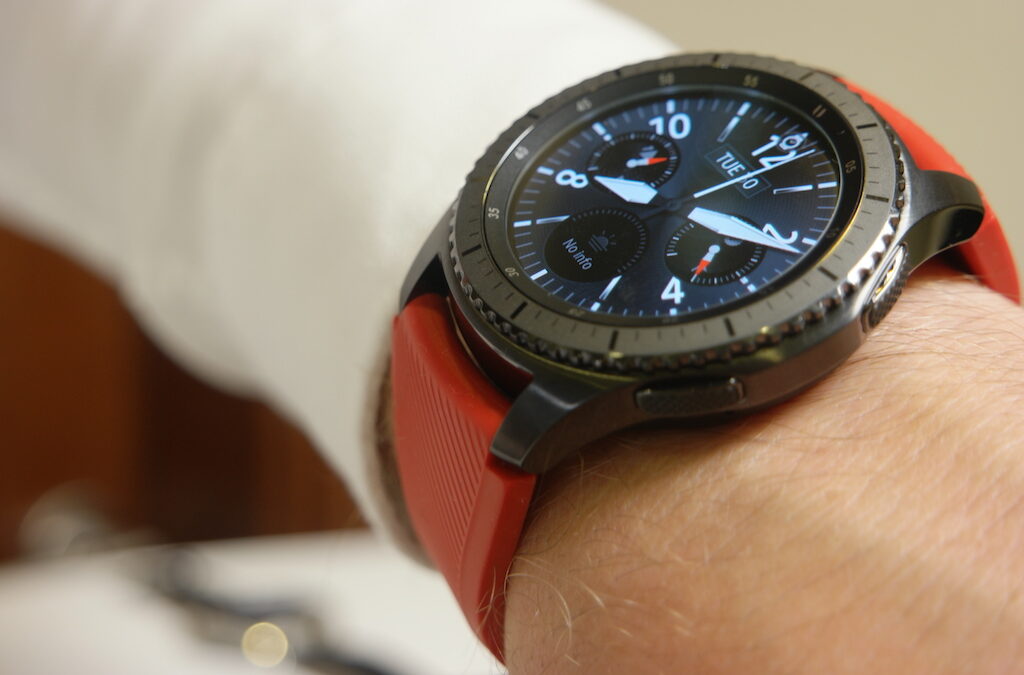 Samsung finally unveiled the Gear S3 smartwatch today. It’s so much more than what the rumor mill expected it to be. Samsung has stepped up the smartwatch game with its latest product and this will undoubtedly be one of the hottest smartwatches on the market this year. Like its predecessor the Gear S2, the new Samsung smartwatch works with any Android smartphone that’s running version 4.4 or up. Also like its predecessor, the Gear S3 will also work with the iPhone.

We have known for a long time now that the Gear S2 is compatible with the iPhone. Samsung has not yet released the Gear Manager app for iOS which is required to make the smartwatch work with an iOS device. The company recently opened up a beta program to test the app so it may not be long now before it’s released. A Samsung executive confirmed the Gear S3 iPhone support at the event today so now we know that eventually the company’s latest and greatest smartwatch will also work with an iPhone. However, no timeframe has been provided as yet by Samsung.