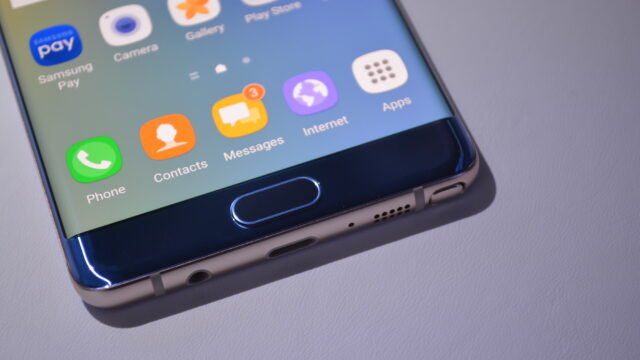 We first heard that Samsung was working on a variant of the Galaxy Note 7 that sports 6GB of RAM and 128GB of internal storage two weeks ago when the handset surfaced in a listing on the official Geekbench website. A couple of days later, the device was spotted in an online database belonging to the Chinese Industry and Information Technology Ministry, which led many people to believe that the unit would launch exclusively in China. Then, one week ago, Samsung Mobile Chief D.J. Koh publicly confirmed that the company’s preparing to launch the long-rumored model in the region later this month, but kept the exact date to himself.

However, Samsung’s Chinese subsidiary has today announced that the Galaxy Note 7 with 6GB of RAM and 128GB of flash storage will be available to pre-order in the country on Friday, August 26, via its online store. Unfortunately, the firm failed to provide any information with regards to pricing and availability. However, if recent speculation is anything to go by, it looks like the handset will carry an eye-watering price tag of 6,088 Yuan, which converts to a little over $900. It’s also worth noting that all customers who choose to reserve themselves a device will be eligible to receive a complimentary Gear VR headset.