A lot of folks were disappointed to see that the Galaxy Note 7 doesn’t feature 6GB of RAM, despite so many rumors that said that that would be the case. Of course, it makes sense that Samsung chose to stick with 4GB of RAM, as there really isn’t any use case for 6GB of RAM in this day and age on a smartphone. Apps have only gotten leaner (and so has Android) when it comes to memory usage, and having too many background apps running in a phone is only going to be detrimental for battery life.

But that hasn’t stopped people from berating the Galaxy Note 7, and it looks like Samsung could oblige naysayers with a 6GB RAM variant of the device, at least in the Chinese market. The 6GB RAM variant can be seen listed online on the Geekbench website, and also on the Chinese Industry and Information Technology Ministry. It would also have 128GB of storage out of the box – Samsung had released a 128GB storage variant of the Note 5 in South Korea last year, and it wouldn’t be surprising to see the company throwing in 6GB of RAM for the 128GB model of the Note 7.

China, especially, would be a good choice for this variant. Chinese consumers are likely to be more critical of the Note 7 not having 6GB of RAM when manufacturers in the country are making it a feature on most of their new high-end smartphones. The OnePlus 3 is the most recent example of a phone with so much RAM from a Chinese OEM, and it wouldn’t hurt Samsung to offer a Note 7 variant with 6 gigs of memory to make sure it doesn’t lose a few customers to the extremely strong competition in the country.

Of course, it’s always possible this device won’t ever see the light of day, and all we can do is wait and see what Samsung plans to do. What do you think? Are you still hoping to see 6GB of RAM on the Note 7, or do you think the 4GB variant is enough? 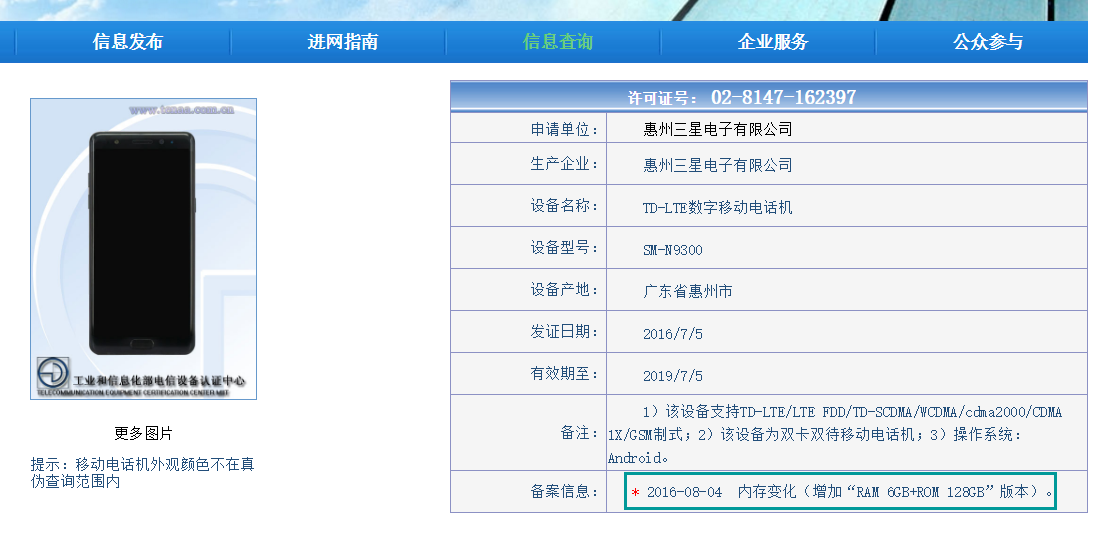