Original Galaxy J5 (SM-J500F) getting the Marshmallow update in India 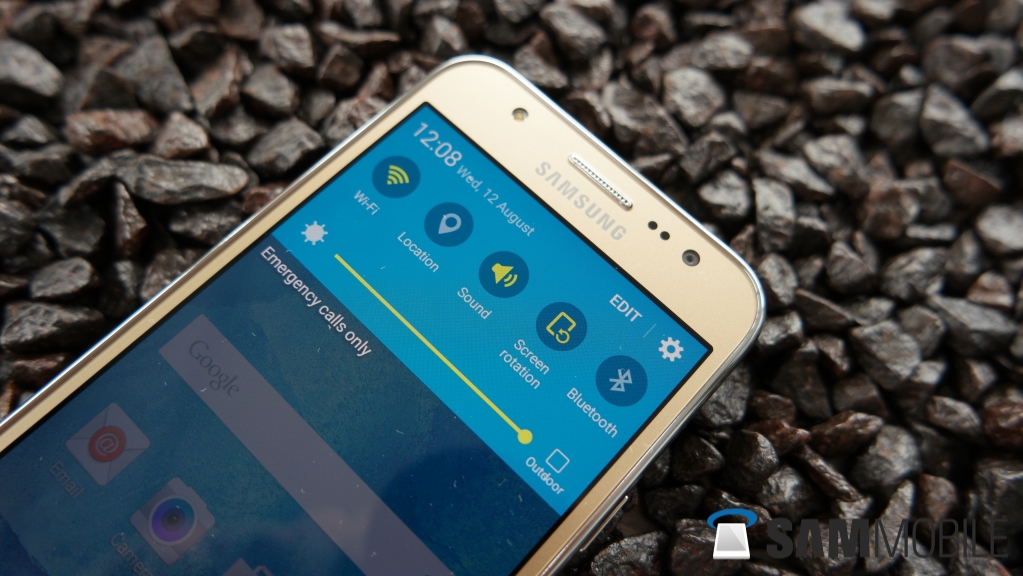 Almost eight months after Google officially released Marshmallow, Samsung is bringing the update to its affordable smartphone lineup. Android 6.0.1 is rolling out to the original Galaxy J5 in India; it’s an 874.17 MB update that is available over the air and carries build number J500FXXU1BPF. According to the changelog, the update brings a “new TouchWiz” with an “updated design”, although we’re not sure if it’s the newest version of TouchWiz found on 2016 devices or just one with slight changes to things like the app icons.

All the Marshmallow features should be on offer, though, including Google Now on Tap, better control over app permissions, and increased idle battery life thanks to Doze. A new vibration pattern is also included for notifications. We’ve reached out to our tipster for a few screenshots of Android 6.0.1 running on the J5 and will update this post once we get them. In the meantime, if you own the Galaxy J5, head into the Settings » About device » Software update menu to start downloading the update.

As for the Galaxy J7, we hope its Marshmallow update will follow quickly. We’ll let you know once the rollout begins.

Samsung is currently pushing out an update that brings the July security patch to the original Galaxy J5 in Europe. The 45MB update doesn’t have anything else of importance, other than the usual bug fixes and performance improvements. As for the July security patch, it addresses a total of 65 Common Vulnerabilities and Exposures (CVE) […]

In the budget smartphone space, Samsung lost the specs race a long time ago. The emergence of Chinese manufacturers offering low-cost phones with impressive specs in recent years has made Samsung’s budget phones far less attractive as far as the value-for-money factor is concerned. Samsung’s phones continue to sell well, but the company’s popularity and […]

It has only been a month since Samsung launched the new Galaxy J (2017) series and the company has already launched a slightly updated model of one of the new handsets. It has announced the Galaxy J5 Pro in Thailand today. The handset is essentially a Galaxy J5 (2017) with minor changes. The Galaxy J5 […]