Think the Gear S is the best Samsung smartwatch? Here are five reasons to consider the Gear S2 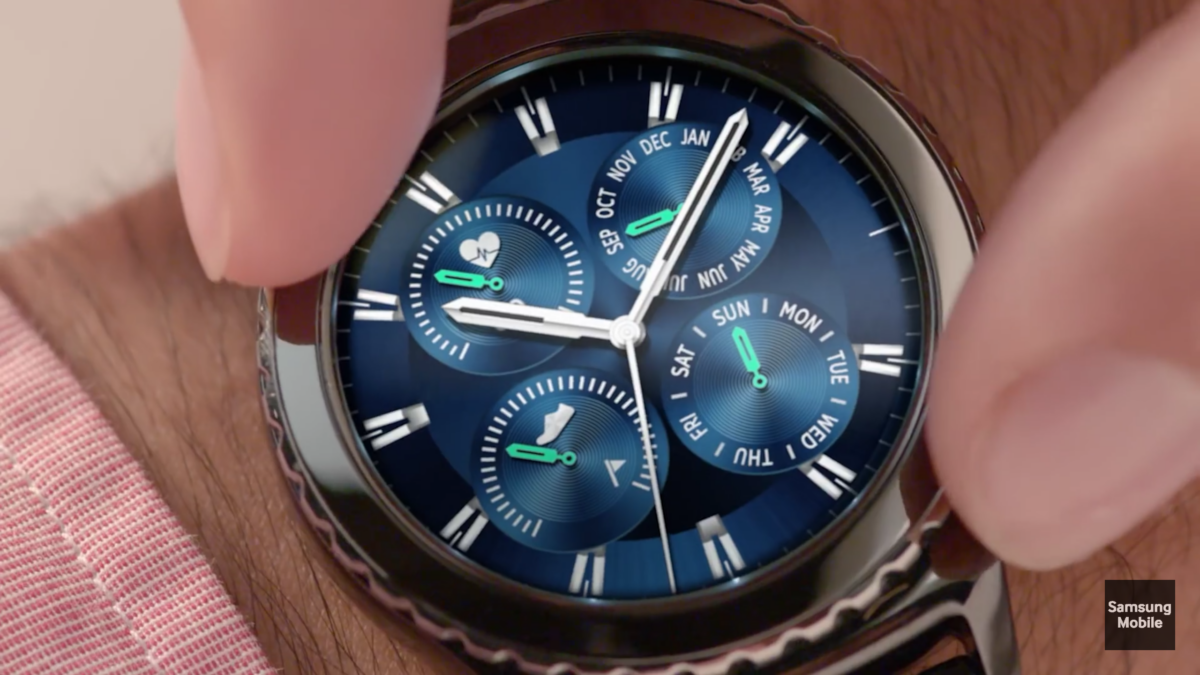 The Gear S2 is a thing of beauty, but its software capabilities are just as formidable despite the emphasis on sheer hardware alone of which we tech enthusiasts are most guilty. At the same time, however, we’re aware of our diehard Gear S fans who see the circular display as a turnoff reason to refrain from buying the Gear S2. You may not find the circular display worth investing in, but there are five reasons to consider the Gear S2. We present them, and, as always, leave the decision-making process up to you.

The new wireless charging cradle is futureproof, with little to stand against it. For those who’ve experienced what it’s like to snap the charging cradle on the Gear S and find that the magic has “worn off,” literally, the Gear S2 fixes the problem.

The Gear S2’s Rotary UI fixes an aesthetic problem that was present in the Gear S: that is, the issue of icon shapes. In the Gear S, you had a combination of squares and circles for icons: messages would have a square icon, while email had a circular icon. In the Gear S2, Samsung has given the icons a uniform rounded or circular look that just makes sense.

Additionally, the Korean giant has also utilized its hardware-manufacturing prowess to provide one of the most intuitive experiences on smartwatches yet: that of the rotating bezel. You may wonder if Samsung added this just to provide a pretty aesthetic only, but start adding apps and creating app pages on your device; you’ll figure out pretty quickly that the rotating bezel is there to help you navigate them. The rotating bezel, a circular motion, matches the circular icons of the Tizen experience so that everything seems whole, complete, to use Samsung’s own statement at the Gear S2 announcement in September, a “full circle.”

Contrast the Gear S2’s rotating bezel, which “drives” the experience (to utilize an example from one of Samsung’s Gear S2 promos), to the Gear S UI that doesn’t mind mixing and matching circular and square shapes, as is the case with all of Android Wear. The mixing and matching shapes doesn’t bother mobile users who know that all smartphone apps aren’t created equal, but a smartwatch with a circular display but no circular shape icon uniformity is a product that still needs some serious work.

Android Wear users must purchase a second wristband if they so desire and sell their smartwatch with a used wristband in tow, but Gear S2 users can use one wristband, then replace it with the second (a clean one) should they decide to sell their Gear S2. It’s one more way that the Gear S2 stands out, but it’s a noticeable one.

The Gear S2 has a 3×4 keyboard, a T9-style keyboard (as some have said) that produces a choppy-type response as opposed to the sliding type experience of the Gear S. The best thing about the new keyboard is that it has an aggressive predictive typing nature about it that last year’s QWERTY keyboard doesn’t have. Sure, the Gear S had a larger display (a 2-inch display, to be precise), but slide typing and hoping autocorrect could “guess” the word you had in mind was something of a pain.

The Gear S2’s T9-style, 3×4 keyboard, in contrast, provides a sufficient experience where, based on each letter you type, it can guess accurately, or even within proximity, the word you have in mind. If I have to choose between the QWERTY or the 3×4, I’m going with the 3×4 here. Maybe Samsung will make a QWERTY keyboard for the Gear S3 that’ll change my mind.

The Gear S’s HR feature was one that I loved, but there was one disappointment: I had to always press virtual buttons to get the heart rate monitor to work. It was the equivalent of getting the HR feature to work on the Galaxy S5, but I expect more when it comes to my wrist. The Gear S2 has beaten the Gear S decisively with its introduction of auto HR, or auto heart rate monitoring.

Auto HR allows you to “set it and forget it” when it comes to your heart monitoring, giving you the freedom to check on your heart condition at any time without needing to press a button to activate the feature. It’s one of the most underrated features of the Gear S2, but there are a few companies such as Fitbit that have implemented this feature into their devices. When it comes to mobile smartwatches with operating systems (not just notification systems), however, Samsung is leading the way.

We’ve presented our five reasons why you should drop the Gear S and pick up the Gear S2, but we’re sure our readers have something to say. If you bought a Gear S in 2014 and find yourself with a Gear S2 now, we’d like to know the reason(s) why you picked up Samsung’s latest wrist wearable. As always, do your thing in the comments.