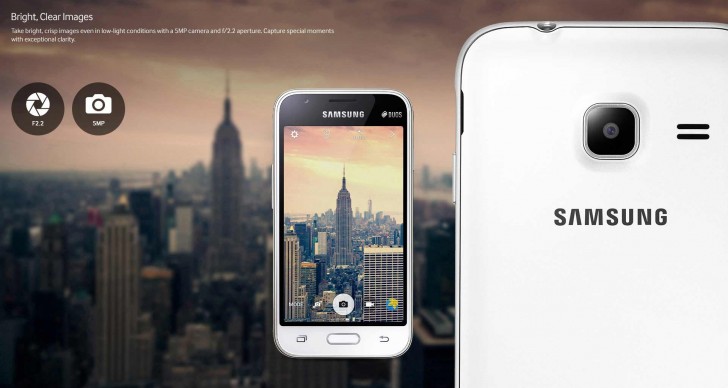 Three days earlier than scheduled, Samsung has launched its latest budget-friendly smartphone, the Galaxy J1 (2016), in Canada. The handset is available to purchase right now through Telus for $150 off-contract and will be up for grabs through Bell on the original intended release date of April 13.

Just in case you need a refresher on its specifications, the Galaxy J1 (2016) sports a 4.5-inch Super AMOLED display, a 1.3GHz Exynos 3475 quad-core processor, a Mali-T720 GPU, 1GB of RAM, a 5-megapixel rear-facing camera, a 2-megapixel front-facing shooter, 8GB of expandable memory and a 2,050mAh battery.

As far as connectivity goes, we’re looking at support for WiFi, Bluetooth v4.1, GPS, an FM radio and microUSB 2.0. Unfortunately, there’s no compatibility for NFC, fingerprint recognition or fast charging, but that’s no surprize from a sub-$200 handset.

If you’d like to find out more about picking up the Galaxy J1 (2016) from Telus, hit the source link below.

Samsung has announced that it has been chosen to supply 5G network infrastructure to TELUS, the third biggest …

Samsung has started rolling out this month’s security update for the Galaxy J1 (2016), following its rel …

It was around two weeks ago that the first update with the October security patch hit the Galaxy Note 8, and t …

Telus rolls out Marshmallow update for the Galaxy S6 in Canada

After a series of delays, Canada’s second-largest carrier, Telus, has finally started rolling out the mu …