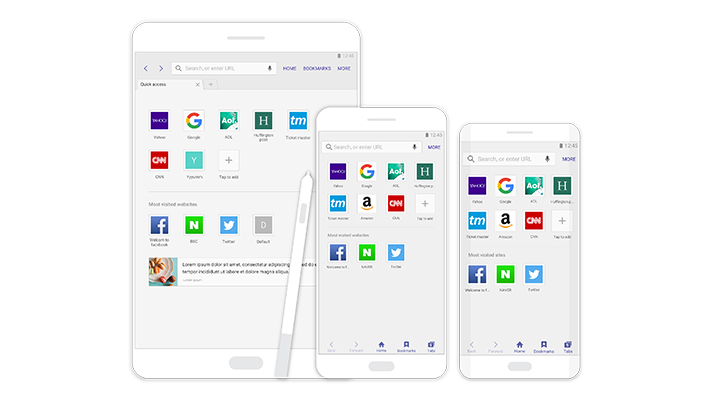 Samsung recently started updating the Galaxy S6 and Galaxy S6 edge to Marshmallow globally, and most of the new features were revealed through the consumer consultant guide that we leaked last week. The Korean giant has now officially announced everything the update brings to its devices on its website, and it’s not just default Android 6.0 features that have come along for the ride.

Android 6.0 brings version 4.0 of Samsung’s internet browser; this is the version that supports the ad blocking plugins that were launched earlier, and the update also adds a Secret mode for private browsing. . The current version of the browser already supports Secret mode, so we’re not sure if anything except support for fingerprint authentication is new in this case. Samsung Internet 4.0 also supports browsing through the Gear VR, which we took for a spin in our hands-on last year.

The other major new feature is Cross App. With Cross App, you will be able to operate “certain apps from within other apps.” As Samsung’s example notes, this could include firing up the gallery or camera or opening a link through the in-app browser in the messaging app. For the latter, the app will allow users to flick the in-app browser while the page is loading so they can continue sending messages while the website’s content loads in the background. Cross App isn’t totally new – third-party apps already do this pretty well (for example, WhatsApp), and Samsung is simply implementing cross-app functionality in its own apps.

Other new functionality is mostly standard fare, including the power-saving feature Doze, better control over app permissions, and the ability to adjust audio speed when playing video. Here’s hoping the update makes its way to various Galaxy devices quickly and that all these new features aren’t accompanied by too many bugs or issues that have ruined major updates in the last couple of years.