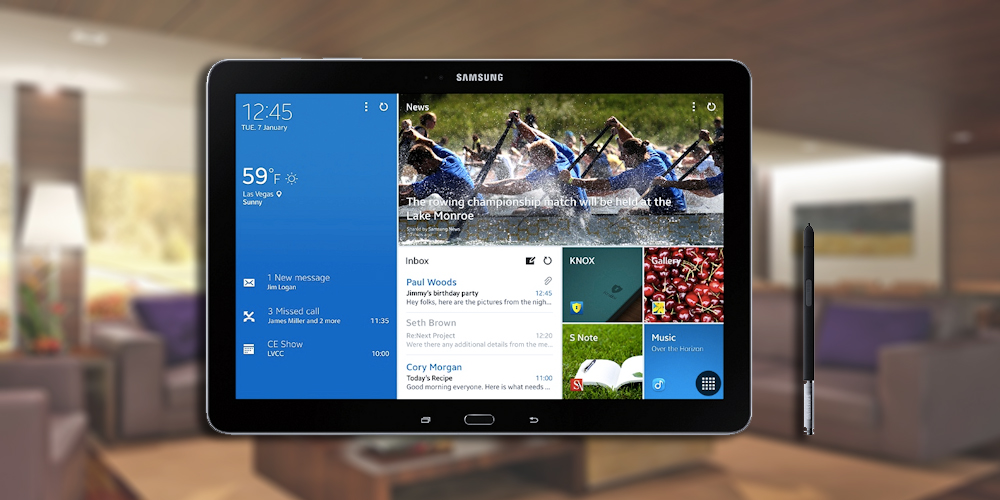 Just a few days back AT&T released the much awaited Android 5.1.1 update for the Galaxy S6 and the Galaxy S6 edge, now it’s giving the same treatment to the Galaxy Note Pro 12.2 which has now received the aforementioned update. The tablet is being bumped up to Lollipop from KitKat so users will certainly be grateful to receive all of the new features, user interface changes and improvements that come part and parcel of Android 5.1.1.

Firmware version P907AUCU1BOH3 is rolling out now for the Galaxy Note Pro 12.2 on AT&T, the update itself comes in over 1GB since it’s a big one, it’s based on Android build LMY47X which is the latest publicly available version of 5.1.1 available for Samsung devices right now. The update removes some preloaded apps such as Beats Music, WatchON and Famigo kids, three go out and one comes in, Amazon Shopping will automatically be installed on the tablet once the update is done.