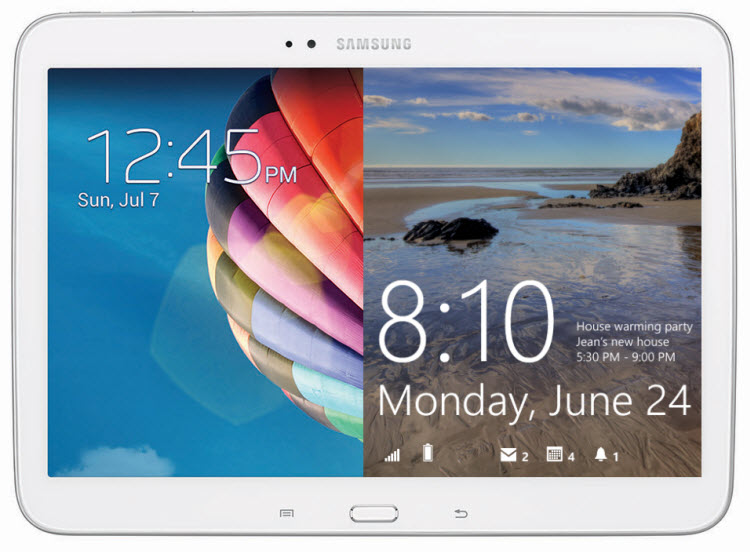 Samsung’s anti-virus software implementation on the Galaxy S6 and S6 edge show the company’s rising preoccupation with mobile security and protection in a world that continues to see cybercrime grow by the millisecond. Now, the company has partnered up with mobile security management company Absolute Software Corporation to see to it that Galaxy Tab tablets protects from internet and real-world crime.

Samsung South Africa made the announcement earlier this week in a company press release. The software created by Absolute is called Computrace, and the software (as the name suggests) is designed to track a Galaxy Tab tablet in the event that it is stolen from its owner. Computrace is even effective at reactivating and catching a criminal in his theft and use of the device – even if the individual decides to do a factory reset and wipes the device clean. The reason behind Computrace’s “regeneration” has to do with the fact that the software is embedded within the firmware and not just the software experience. Customers must subscribe to the service to take advantage of this anti-theft capability.

The entire Galaxy Tab range is under consideration here, but Samsung’s most prominent tablet lineup, which includes the 10.1-inch Galaxy Tab 4, would be the first recipients of the new Samsung-Absolute anti-theft software campaign.

At this time, however, Computrace is only valid for South African residents, with no indication regarding whether or not such a feature would ever make its way to other devices worldwide. At the same time, we do know that mobile security and protection have become paramount for Samsung – due in some small part, no doubt, to the Korean manufacturer’s staunch fruit rival who’s been extremely vocal about the supposed lack of protection on Android devices.

It appears that Samsung has a new 10.1-inch Android-powered tablet in the pipeline that it calls the Galaxy Ta …

T-Mobile today rolled out a firmware update for a couple of Samsung tablets, both the Galaxy Note 10.1 2014 an …

Samsung rolls out Lollipop for the Galaxy Tab 4 10.1 Wi-Fi and LTE mod …

Here’s another indication of how focused Samsung is on updating its devices to Android 5.0 Lollipop. The …