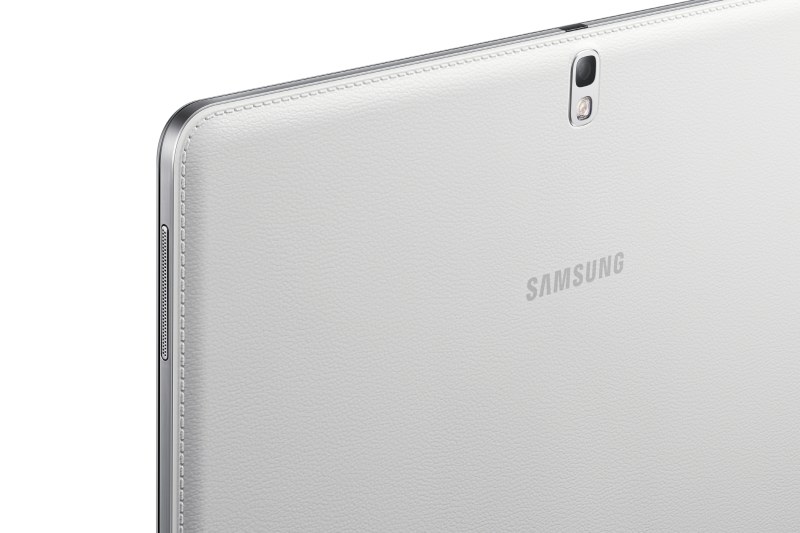 Each new year brings leaks of new-generation products whose predecessors we’ve seen the year before. Today’s leak comes by way of Menlo, California-based Stanford Research Institute (SRI), and the product in question is the Galaxy Tab Pro 8.4.

Samsung announced the Galaxy Tab Pro 8.4 at MWC 2014 last year, but has provided nothing in the way of words or photos to suggest a new generation of the Tab Pro 8.4 is on its way. MWC 2015 has now come and gone, but it appears as though we shouldn’t discount the idea of a second Tab Pro 8.4 altogether.

SRI hinted at the second-generation Tab Pro 8.4 earlier today when discussing a new feature the Tab Pro 8.4 2015 edition will bring to the market:

Additionally SRI has entered into a supply agreement to start production and sales of the IOM technology-embedded Samsung mobile products for B2B applications. The initial product for this supply agreement will be a customized Samsung Galaxy Tab Pro 8.4 tablet with a built-in IOM iris module.

For those who may not know, “IOM” here refers to “Iris on the Move,” a name given to iris recognition that retrieves your eye scan with just a glance. Old iris recognition technology requires you to remain still to obtain a proper eye scan, but the new IOM technology will retrieve your eye scan without the need for complete stillness. IOM is currently being used at airports, work stations, access control stations, and can work in both indoor and outdoor environments.

With the unveiling of IOM in this new Galaxy Tab Pro 8.4, it shouldn’t be long now before Samsung announces the second-generation tablet. Iris on the Move (IOM) technology has only been heralded for enterprise devices, but Samsung has considered the possibility of implementing an iris scanner into the Galaxy S5 and Galaxy Note 4. Whether or not an iris scanner will appear this year in the Note 5 is still up for grabs.

[Poll Results!] Should the Galaxy S9 iris scanner be ditched for a display-based fingerprint sensor?

There have been countless rumors that the Galaxy S9 might feature an optical fingerprint sensor. What that means is that the sensor will be integrated into the display itself. This was also rumored for the Galaxy S8 as well but Samsung decided against it because apparently, the technology wasn’t ready. Do you think the Galaxy […]

Berlin-based Chaos Computer Club recently demonstrated how the Galaxy S8’s iris scanner could be tricked. The method involved using a printed infrared image of the human eye attached to a contact lens. That was all they needed to trick the iris scanner into unlocking the device. Iris scanner functionality is still rare on smartphones so […]

The Galaxy S8’s iris scanner might soon be used for much more than just controlling access to the device. According to a new report out of South Korea, credit card companies in the country are looking to utilize the iris scanner to enable safer financial transactions on the mobile device. Samsung Card Co. is reportedly […]