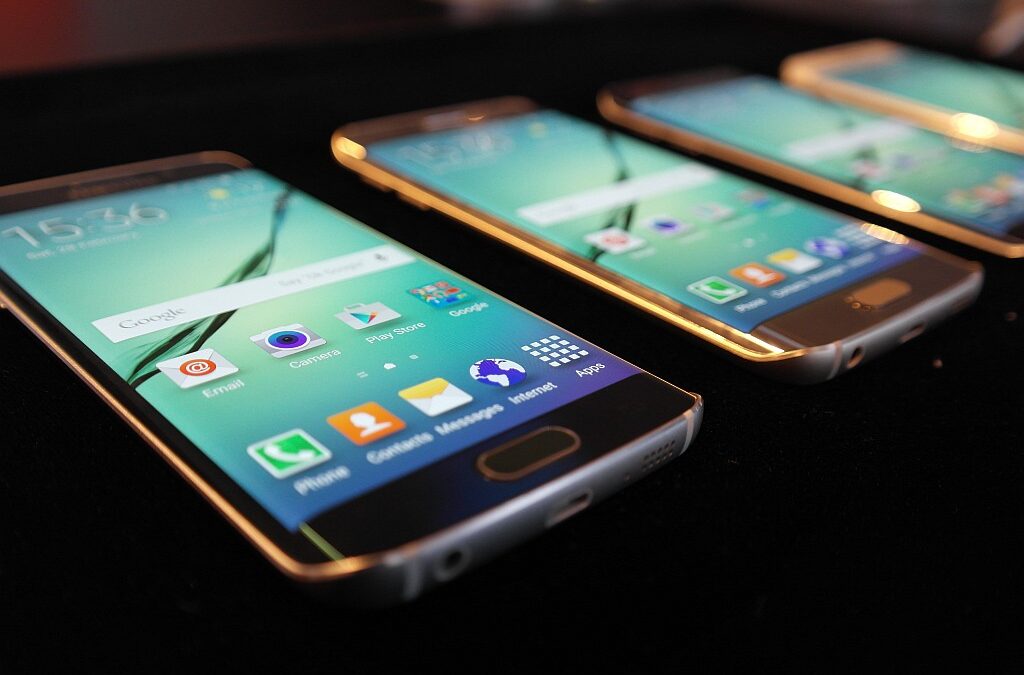 The design of the two smartphones is what is most striking, with Samsung going for a metal and glass build that is made “for capturing light.” Indeed, in our hands-on of the two devices, we were mighty impressed with the look and feel, with the glass on the back reflecting light in a beautiful way. The back isn’t made of standard glass – it’s a 2-tone mould with a new material and finishing that you won’t find on any other smartphones using glass at the rear. Oh, and it’s made of Gorilla Glass 4, so it won’t be too easy to break, either.

The Galaxy S6 Edge in particular is amazing to look at, especially the Green Emerald version, which is our favorite. The standard Galaxy S6, however, looks rather similar to what has come before, but the metallic sides and the glass back give it a feel that is sure to dazzle consumers around the world. Samsung has never been too popular for its smartphone design skills, but with the S6 and S6 Edge, the Korean manufacturer has proven that it can make smartphones that are classy, well-built, and amazing to look at. These two phones are pretty thin too, thanks to their 6.8 mm/7.0 mm (Edge) profiles. 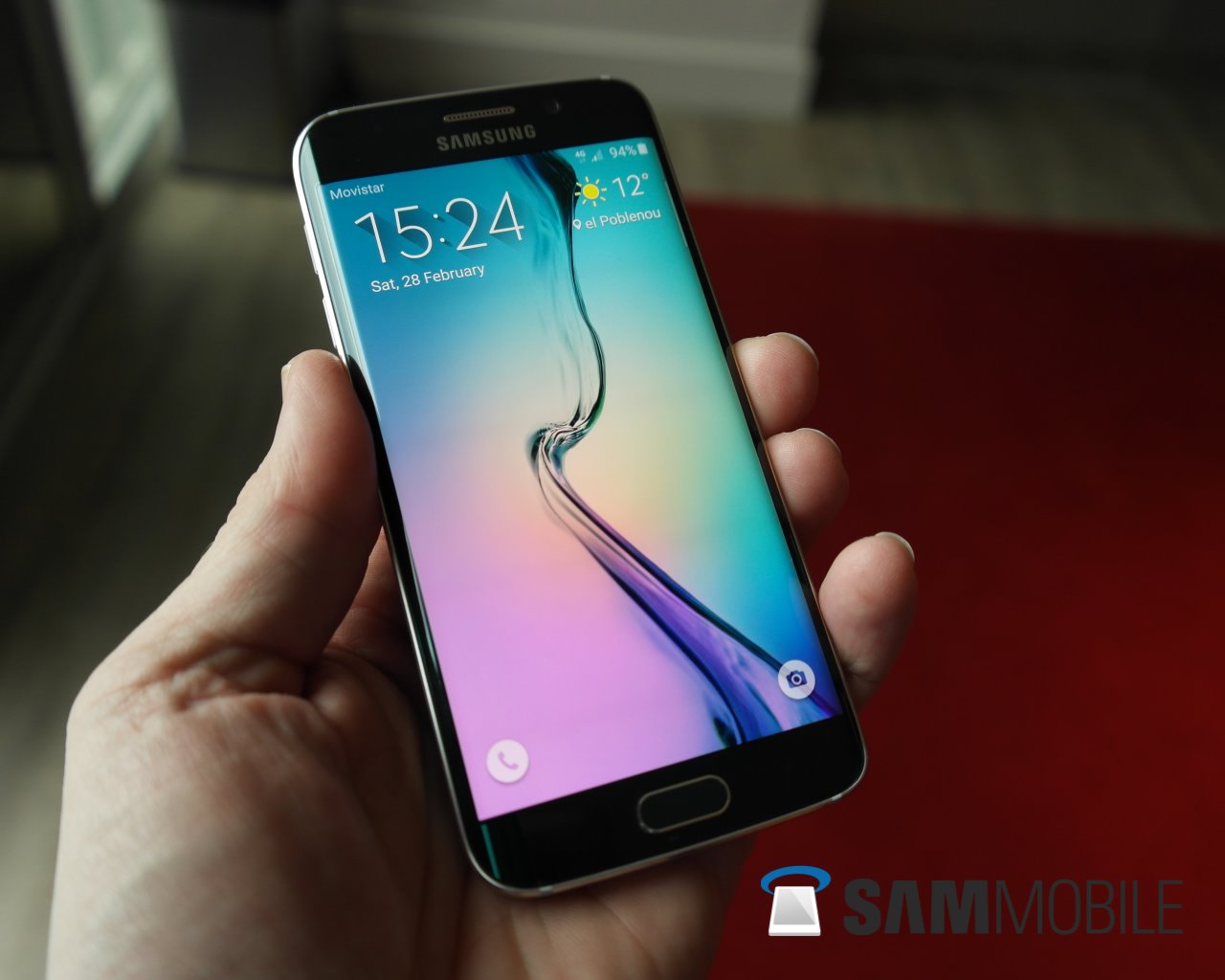 Both the Galaxy S6 and Galaxy S6 Edge come with 5.1-inch Super AMOLED displays with Quad HD (2560×1440) resolution that can go super bright. The Galaxy S6 Edge’s display curves to both the left and right, and Samsung has built in some intuitive features, like a notification LED that glows on the side displays when a call comes in, or the option to access details of a missed call of message by swiping in from the edge. The Galaxy S5 and the Galaxy Note 4 had stunning displays, and that trend is only continuing on the latest flagships from Samsung.

Imaging is an area that Samsung has focused on with the S6 and S6 Edge. Both devices feature a 16-megapixel back camera that Samsung is touting as the brightest yet. The f1.9 lenses (the S5 had an f2.2 lens) have Smart Optical Image Stabilization, Real-Time HDR mode and other features for taking great photos, though we will need to go hands-on with the camera to see how well this translates into real-life performance (especially in low-light). The front cameras are 5-megapixel units; the camera can be launched quickly by double-tapping the home button, something Samsung says will allow users to start taking photos in just 0.7 seconds. 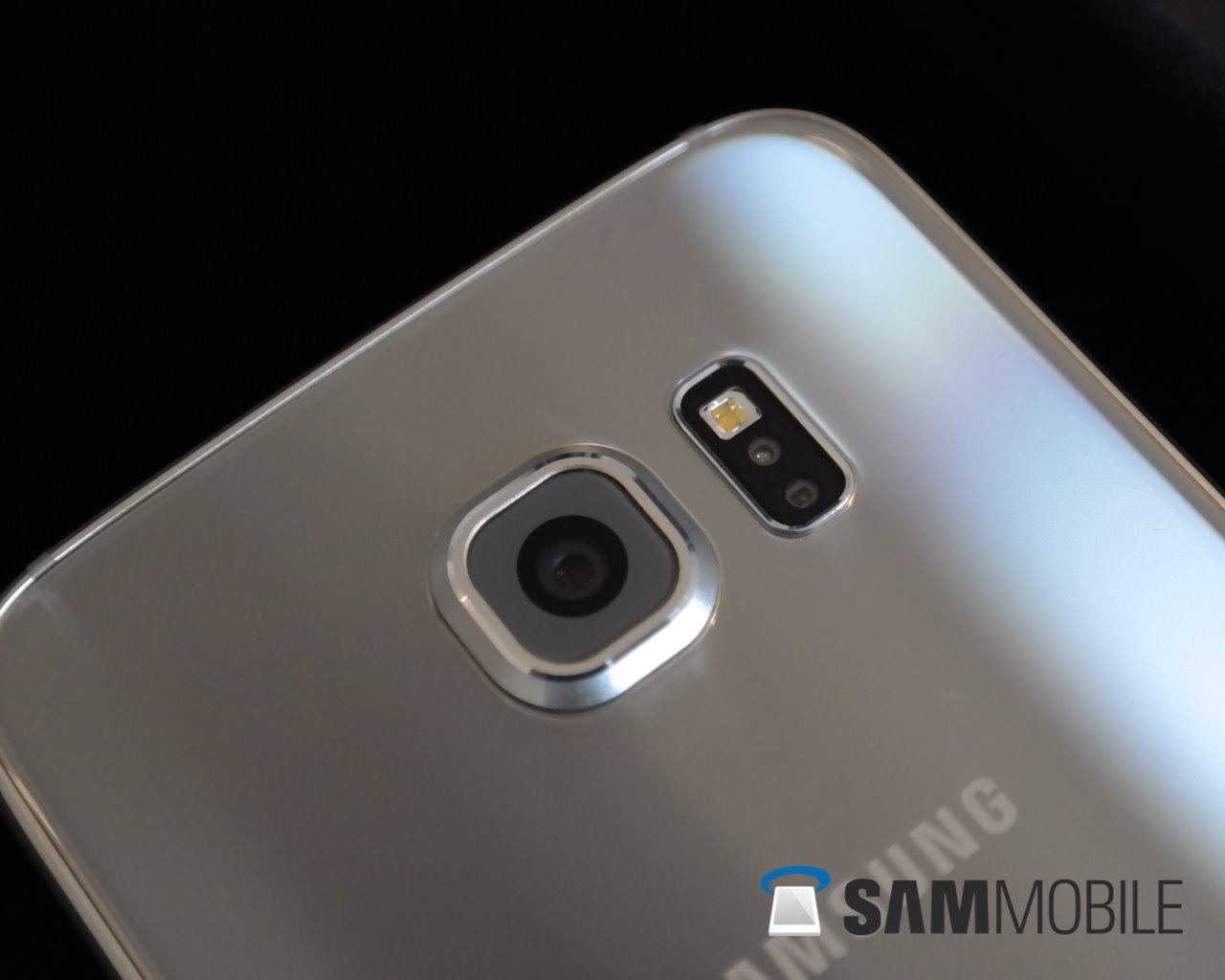 Under the hood, the S6 and S6 Edge are powered by the Exynos 7420 processor, which has eight cores and full support for 64-bit processing (there’s no Snapdragon variant, as expected). There’s 3GB of LPDDR4 RAM, and internal storage is fixed at 32, 64 or 128GB. The lack of a microSD card is disappointing, but Samsung is offsetting that with the use of UFS 2.0 flash technology, which should make for fast storage speeds and overall device performance. Users also get 115GB of OneDrive storage for two years from Microsoft – that’s right, OneDrive and other Microsoft apps will come preloaded on the devices, as we had exclusively reported earlier this year.

Wireless charging is also an important feature on the Galaxy S6 duo, with the two devices supporting any wireless charging pad with support for Qi and PowerMat standards. The 2,550 mAh and 2,600 mAh batteries on the S6 and S6 Edge seem pretty small, but the efficient processor ticking away inside should make up for the smaller capacities, and so should support for fast charging that can offer up to 4 hours of usage times after only 10 minutes of charging (that’s two hours of HD video playback, according to Samsung). 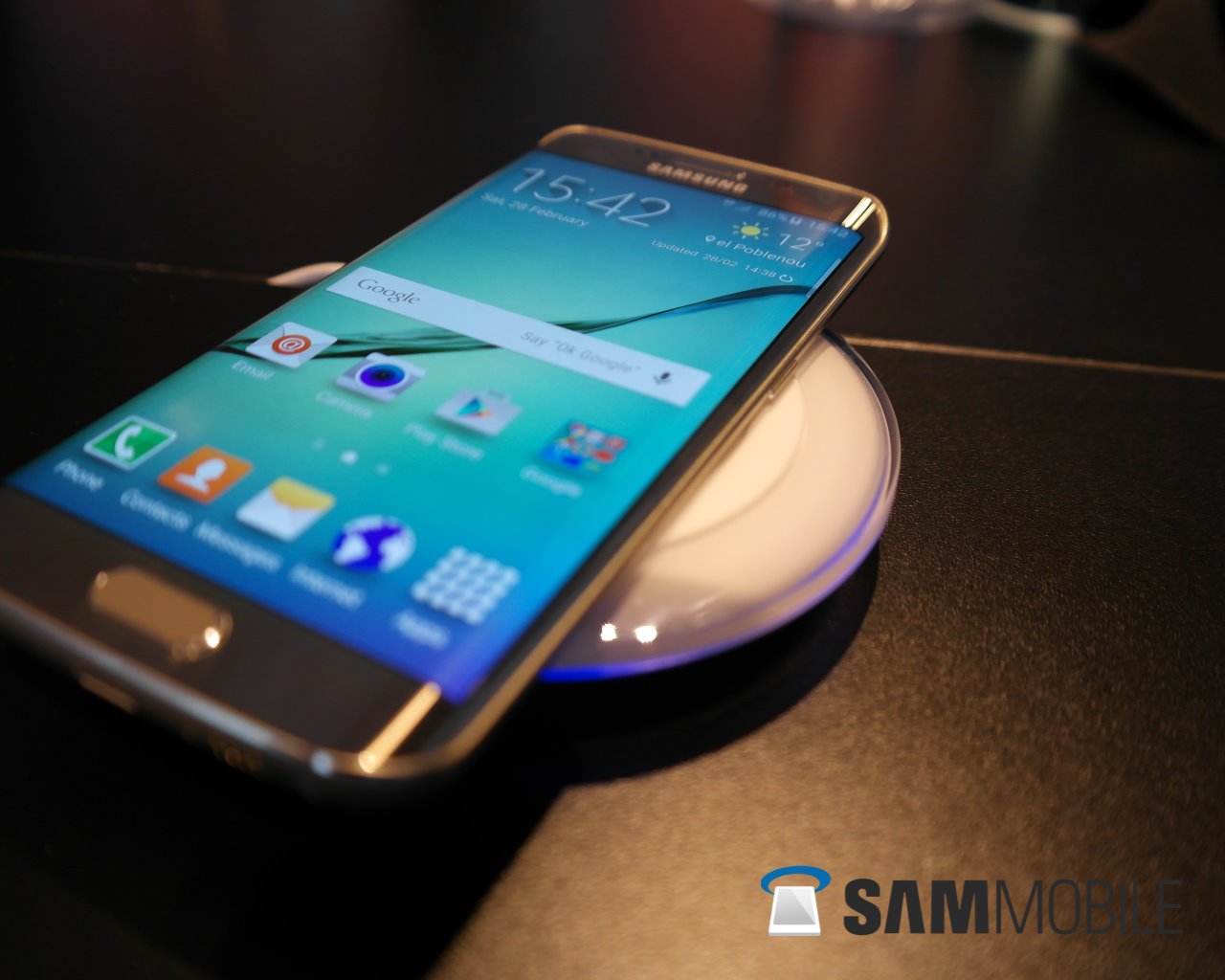 Then there’s the software. After years of offering a bloated and rather jank-filled user experience, Samsung has toned down a lot of aspects of its software. You get Android 5.0.2 out of the box, and rumors of Samsung optimizing things were rather true – in our testing, the two phones were extremely fast, with smooth animations all around and apps launching extremely quickly. You get all the standard features that we’ve seen on Samsung flagships in the last year – Ultra Power Saving Mode, Download Booster, Private Mode, S Health and more are on-board, suggesting Samsung hasn’t paired back on features as much as it has on the number of pre-installed apps that come with the devices.

After a couple of years of playing it safe, Samsung moved outside of its comfort zone with devices like the Galaxy Alpha and Galaxy Note 4, and the Galaxy S6 and Galaxy S6 Edge take things up a couple of notches. Brilliant design, amazing hardware, and software that’s fast and beautiful to look at – it’s all here, and it’s a sign of a Samsung that’s bolder, more courageous, and willing to experiment and work on its strengths and improve its weaknesses.