The largest carrier in the United States, Verizon Wireless, has confirmed that it will start selling the Samsung Galaxy Core Prime from Thursday, February 26th. Samsung initially announced this smartphone in India last week. Verizon will offer it for $29.99 with a two year service contract. Customers who opt for the Verizon Edge equipment installment plan will pay monthly installments of $8. The smartphone is compatible with Verizon’s 4G LTE network.

Samsung Galaxy Core Prime has a 4.5-inch WVGA display, 8GB internal storage, 1GB RAM, microSD card slot for external expansion, 2,000mAh battery, 5 megapixel rear and 2 megapixel front camera. The smartphone comes with Android 4.4 out of the box and it will be updated to Android 5.0 Lollipop in the coming months. 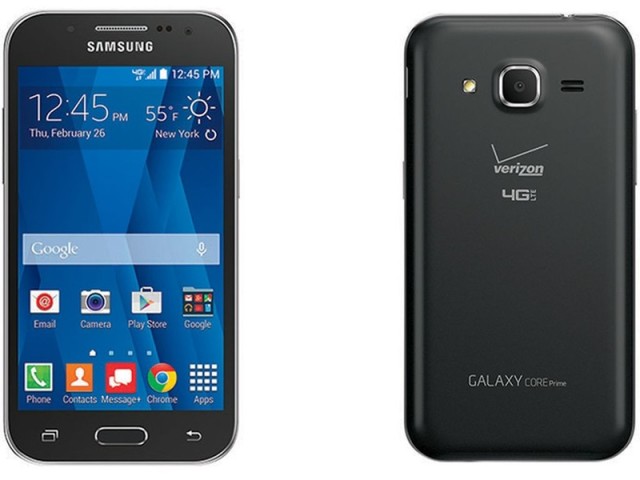 Following Sprint’s release back in January, Verizon Wireless has today added Samsung’s latest budget-friendly 4G smartphone, the Galaxy J3 (2016), to its rapidly growing lineup of devices that won’t break the bank. The handset carries an affordable price tag of $109.99 and can be purchased for use on any of the operator’s pre-paid plans, which start at $45 […]

Flipkart, the most popular online retailer in India, is celebrating ‘Samsung Week’ by offering discounts on a handful of Samsung smartphones. The store is offering exciting deals on the Galaxy Note 4, Galaxy S5, Galaxy S4, Galaxy Core Prime and the Galaxy On series. The Galaxy Note 4 is being sold for just INR 29,990, which […]

When Samsung released one of its entry-level smartphones, the Galaxy Core Prime, late last year with Android 4.4 KitKat onboard, many thought that it would not receive any major Android update. However, the South Korean smartphone giant surprised everyone by rolling out Android 5.0.2 to the device a few months ago. Now, the Galaxy Core Prime […]