Amidst the avalanche of Lollipop updates Samsung is currently sending out to its devices, the company has also taken time out to update the Gear Manager app (or Samsung Gear, as it is now called). The latest version of the app is now 2.2.15011799, and while a changelog isn’t mentioned, the update is likely for fixing compatibility issues with Lollipop. Prior to the new version, the app was failing to reconnect to a paired watch automatically after losing connection, but it now works fine, so fixes have certainly been made. Also, the app now automatically starts itself again after a phone reboot, which wasn’t working on Lollipop earlier as well.

You can download the latest version of Samsung Gear/Gear Manager from the Galaxy Apps store on your Samsung device. It might not show up as available immediately, but if you have auto-update on, it should probably start downloading on its own in a day or two. 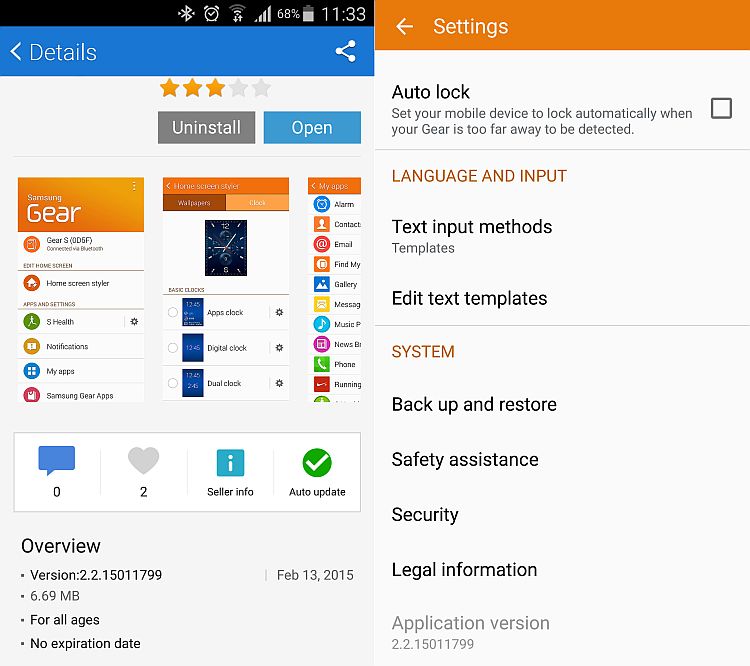 Some Gear S2 owners are experiencing issues with email notifications a …