Looks like Samsung is having a hard time this year keeping the design of the Galaxy S6 from getting leaked before its official unveiling. Yesterday, we reported about an alleged image of the metal housing of the Galaxy S6, and today have an image which shows informs us about the dimensions of the device. This leaked image, which shows the schematics of the device, suggests that the upcoming Galaxy S6 will be as thin as an Apple iPhone 6 (6.91 mm to be exact). We believe that the schematic is closer to reality, as the design as well as the placements of the ports, buttons, camera sensor, and the heart-rate monitor matches with that of the previously leaked metal housing and the leaked render of the device.

Smartphones are getting thinner every passing year, without taking a hit on the performance or the battery life, and we think that Samsung would like to show to the world that it can beat every other manufacturer out there when it comes to its technological prowess. If the schematic turns out to be true, Samsung would have beat Apple when it comes to fitting a much larger battery (somewhere around 3,000 mAh by our guesstimate) than the iPhone 6 in the Galaxy S6. 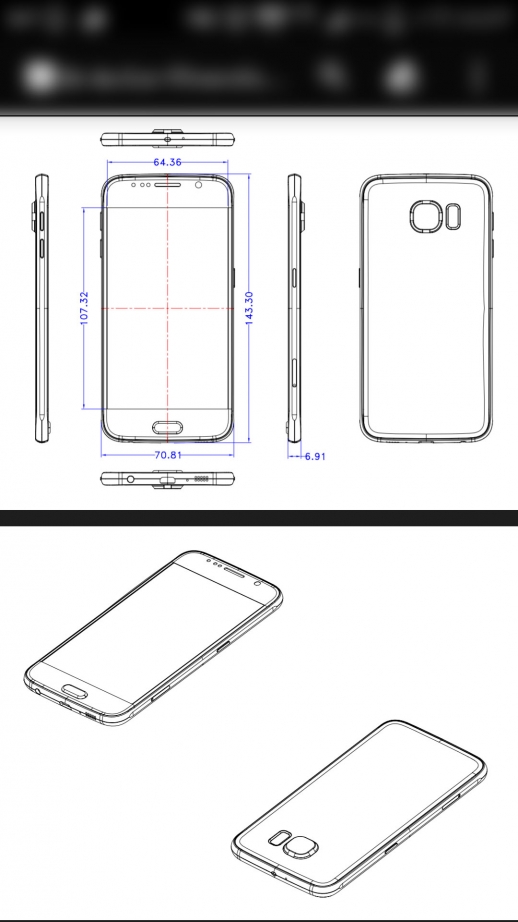 Via (Translated from Korean) | Source: Keulriang