Upcoming tablets from Samsung might have screens with 4:3 aspect ratios 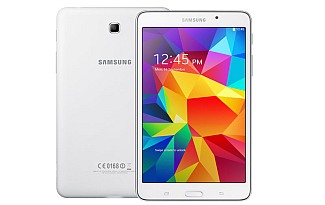 Last week, we reported about some upcoming tablets from Samsung, the SM-T35x/SM-T55x and the SM-P35x/SM-P55x. According to a new information these tablets might sport screens with 4:3 aspect ratios, similar to that of the Nexus 9 and the Apple iPad. The SM-T35x and the SM-P35x might have 8-inch screens, while the SM-T55x and the SM-P55x might be equipped with 9.7-inch screens. All these tablets will be powered by 64-bit quad-core Qualcomm Snapdragon 410 chipsets. The SM-T35x and the SM-T55x appear to be successors to the Galaxy Tab 4 8.0 and the Galaxy Tab 4 10.1, while the SM-P35x and the SM-P55x might new mid-range entrants in the Galaxy Note tablet lineup. As always, you should take this information with a pinch of salt as a company’s plans could always change with time.

Samsung has just started working on these devices so don’t expect them to be unveiled during the MWC 2015. We expect that these new mid-range tablets from Samsung might be announced in Q2 or Q3 of 2015 with Android 5.0 Lollipop onboard.