[Updated] Samsung might offer themes in the newer version of TouchWiz

Samsung, along with HTC, were one of the first Android device vendors to start customising Android UI and add various useful features, which were unavailable in stock Android. Samsung’s TouchWiz offers a lot of useful features, apps, and services, but themes were never on the offer. Even the latest high-end devices such as the Galaxy Note 4 and the Galaxy Note Edge don’t offer themes yet, but the folks over at HDBlog.it have been able to unearth the upcoming feature. The device shown in the leaked images, which might possibly be the Galaxy A3 or the Galaxy A5, gives us a glimpse of various themes which might be offered in the future versions of TouchWiz. This upcoming feature might offer an ability to change colour schemes, sounds, icons, backgrounds, and some other aspects of the UI, but we don’t have all the details as of now. It isn’t clear whether the existing devices will be updated with an ability to change themes, but we’re anticipating that the high-end devices might be able to get the feature after a software update.

The second image also shows that the placement of S Finder has been shifted to the upper left corner, making the notifications area a bit cleaner than earlier. Will Samsung ship the Galaxy A series of devices with a slightly newer version of TouchWiz? We will keep you updated on the matter. 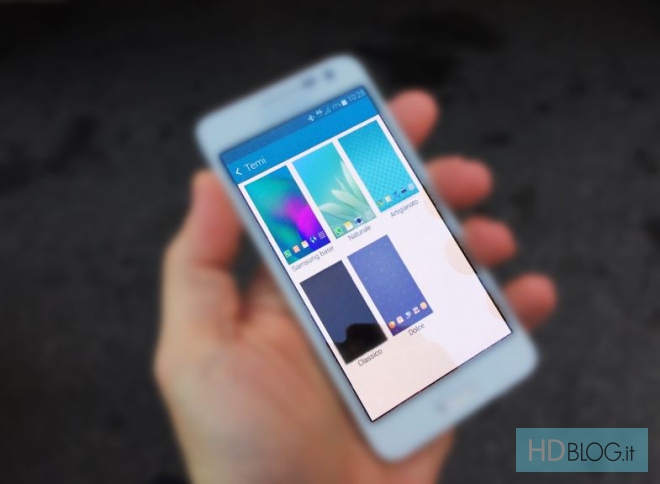 Updated on 26 Nov, 2014: New proofs have been discovered, which leads us to believe that Samsung might bring themes for TouchWiz. In the screenshots below, you can see ‘Themes’ section in the settings menu on a device running a beta version of TouchWiz. Under Themes section, you can see a couple of themes, a default one, and a new theme names as ‘Natural’, which changes the wallpaper and the icons in the UI. It is not clear whether Samsung will release an SDK to create themes, but if they do, we can expect a lot of themes from developers. 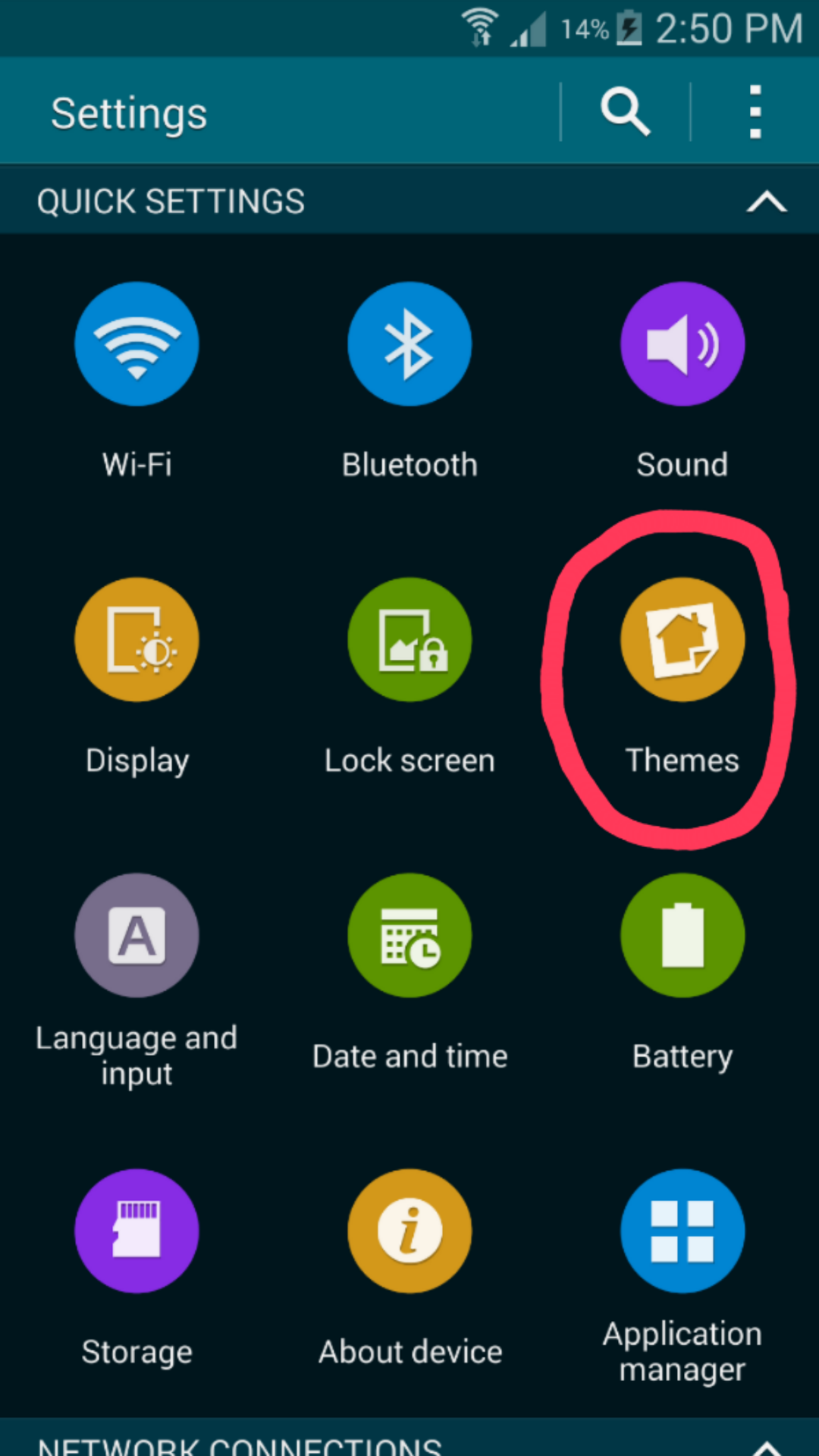