Guys over at GForGames have been able to dig up an alleged internal document belonging to Samsung which reveals the price and release date of the Gear VR. According to the information available in the document, the Gear VR will be released on 1st of December in South Korea with a price tag of 200,000 Won, which translates to about $187. The document is believed to help the customer service employees in answering some potential questions which might be asked by costumers. This information should be taking with a pinch of salt as we can’t comment on the authenticity of the report. 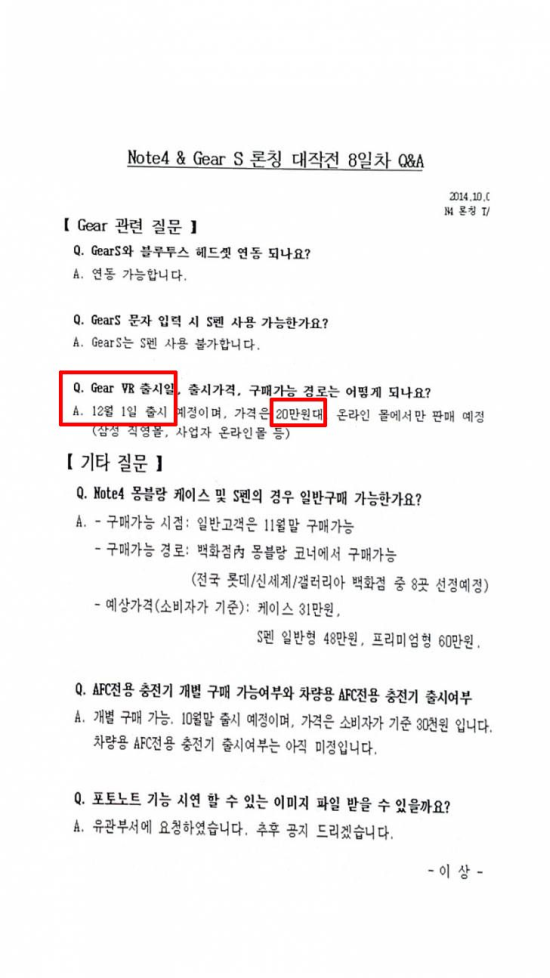