An authorised retailer in Malaysia, SenHeng, has listed the Galaxy Mega 2 on its website with a price tag of RM1,299 (about $411). The Galaxy Mega 2 is yet to be officially announced by Samsung but according to this listing, the Galaxy Mega 2 features a 6-inch TFT screen with a resolution of 1280 x 720 pixels, an 8MP primary camera and runs Android 4.4 KitKat. It will be powered by a 1.5GHz quad-core processor and 1.5GB of RAM. It will have 8GB of internal storage space and an option to further expand it using a microSD card slot.

Going by the previous leaks, the Galaxy Mega 2 might come in two variants; one with an Exynos 4415 processor and the other featuring Qualcomm’s 64-bit Snapdragon 410 (8916) SoC with quad-core Cortex-A53 CPU clocked at 1.4GHz and an Adreno 306 GPU. The Exynos equipped Galaxy Mega 2 will be sold in Europe and might feature LTE connectivity. Other connectivity features might include WiFi 802.11 b/g/n, Wi-Fi Direct, DLNA, Wi-Fi hotspot, Bluetooth 4.0 LE / ANT+, GPS + GLONASS and an IR blaster to be used with Samsung’s Smart Control app.

On the software side, the phablet will feature Samsung’s latest Magazine UX, same as on the Galaxy S5 and Galaxy Alpha. It is also said to feature Easy Side Panel, a feature which is supposed to help users with one-handed usability. This feature enables on-screen navigation buttons on the right/left side of the display, depending on the primary hand of the user. 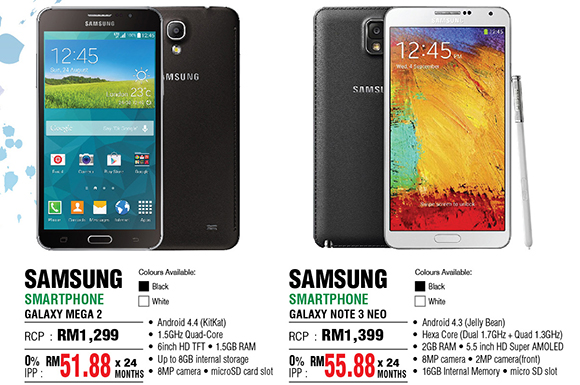 All the leaks and rumors in the last few weeks have suggested that the Galaxy Mega 2 is very close to getting an official announcement, and today, we’re getting our biggest clue about the imminent arrival of the second generation of Samsung’s mid-range phablet lineup. The first firmware for the Samsung SM-G750 is now available online – that […]