A month after making fun of iPhone users for being “wall huggers”, Samsung is back with another ad to promote the battery life on the Galaxy S5. In the latest campaign, Samsung has placed stickers around power outlets at three major airports in the US with the message: “The Samsung Galaxy S 5 with Ultra Power Saving Mode. So you can be anywhere but here.” It’s a clever way to market one of the best features of its latest flagship, and the timing is also quite good as a month or so later Apple will announce its next flagship iPhone, which is expected to finally bring along a larger screen and, as a result, a larger battery as well.

What do you think about Samsung’s latest campaign to promote the Galaxy S5? 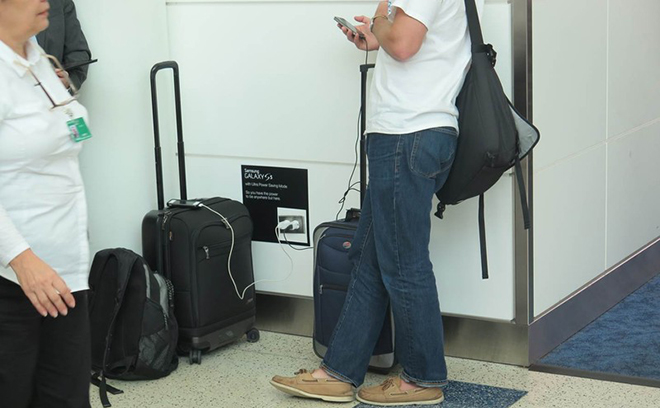