We exclusively published quite a few details of Samsung’s upcoming Galaxy Alpha, recently, along with live photos of the device. Part of the information we revealed back then was that the Galaxy Alpha would sport a 720p display similar to the Galaxy S III, and we’ve now received further confirmation of the screen resolution of the device hiding in Samsung’s own developer console. The developer console, as can be seen in the picture below, confirms the 720p display, something that is also supported by the phone’s user agent profile on Samsung’s website. Furthermore, the developer console confirms that the phone will be launched as the Galaxy Alpha, instead of Galaxy S5 Alpha as some leaks have said.

As we said earlier, the Galaxy Alpha won’t be as high-end as standard flagships, and the 720p resolution on the 4.8-inch screen reaffirms that fact. Other known features of the Galaxy Alpha include 32GB of non-expandable storage, a fingerprint scanner, nano SIM slot, and a metallic construction that sports aluminium on the sides while keeping Samsung’s beloved dimpled faux leather material on the back. The Galaxy Alpha is expected to be unveiled sometime in August, a few weeks before the Galaxy Note 4 will be announced. 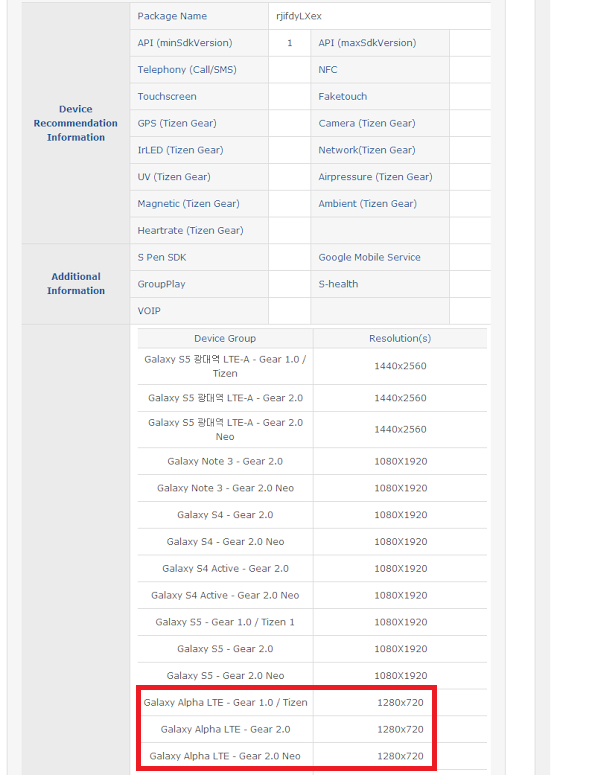