Galaxy S5 already accounts for 0.7 percent of all Android smartphones

The Galaxy S5 has been selling in droves ever since its worldwide launch on April 11, and according to data gathered by Localytics, Samsung’s latest flagship already accounts for 0.7 percent of all Android smartphones active today. It’s an impressive feat considering how populated the Android market is, and according to Localytics, the S5 managed to achieve that adoption rate in just seven days after launch. In retrospect, Apple’s iPhone 5s captured only 1.1 percent of the iOS market one week after its release, which is decidedly less impressive considering the limited amount of devices in the Apple ecosystem.

Adoption of the Galaxy S5 was highest in the US, which accounted for 64 percent of all Galaxy S5 sales last week. Following up at 23 percent are countries in Europe, while 13 percent of sales came from all other markets combined. With the phone yet to launch in many markets, the adoption rate is still hovering below what it could ideally be at this point, so if the data turns out to be right, the Galaxy S5 could account for near-double digit market share in the coming months. 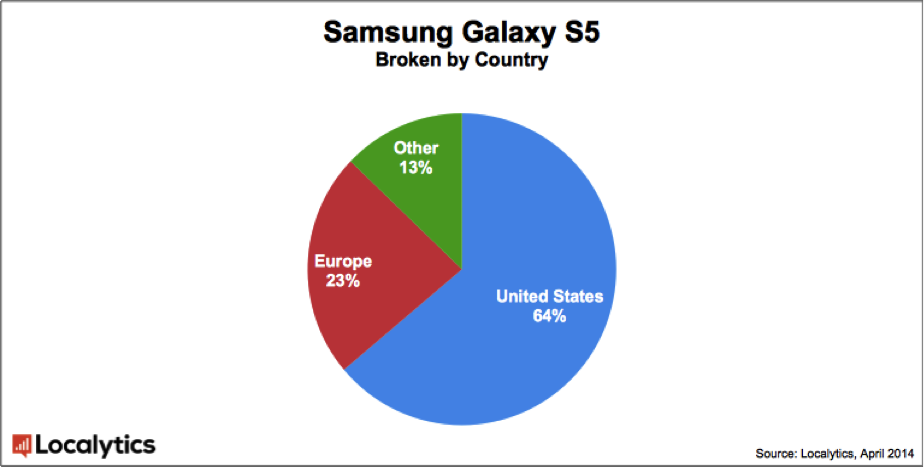